We'll Be Coming Round The Mountain

After a waking up and heading the to market to get some lunch we decided to head up the mountain that is Doi Suthep. It's just outside of Chang Mai and clearly visible form the city.

We stopped at the first lookout and took a couple of photos but it was as good as it could be to trying to beat the sunset we continued up the mountain where we came across a trail up the side of the mountain. This is where I manage to get the bike going side ways up a hill and eventually dropped it. The bike and I was fine so no harm done and I'm sure there will be many many more of this to come as we continue our trip.

After we was near the end of the trail we checked the time only to realise it was 5pm and the sun would be setting very soon so decided to head back to the road and continue to the top. Along the way we passed Wat Phrathat (Wat is a temple), but due to the time we passed this.

I had planned to use the GoPro to capture a time lapse of the sun setting but we got there to late and to be fair didn't stay there long enough, but to be fair there also wasn't a lot of movement in the sky. I promise the next one will be better.


At the top we was 17 miles away from the hotel and again, the views were beautiful. 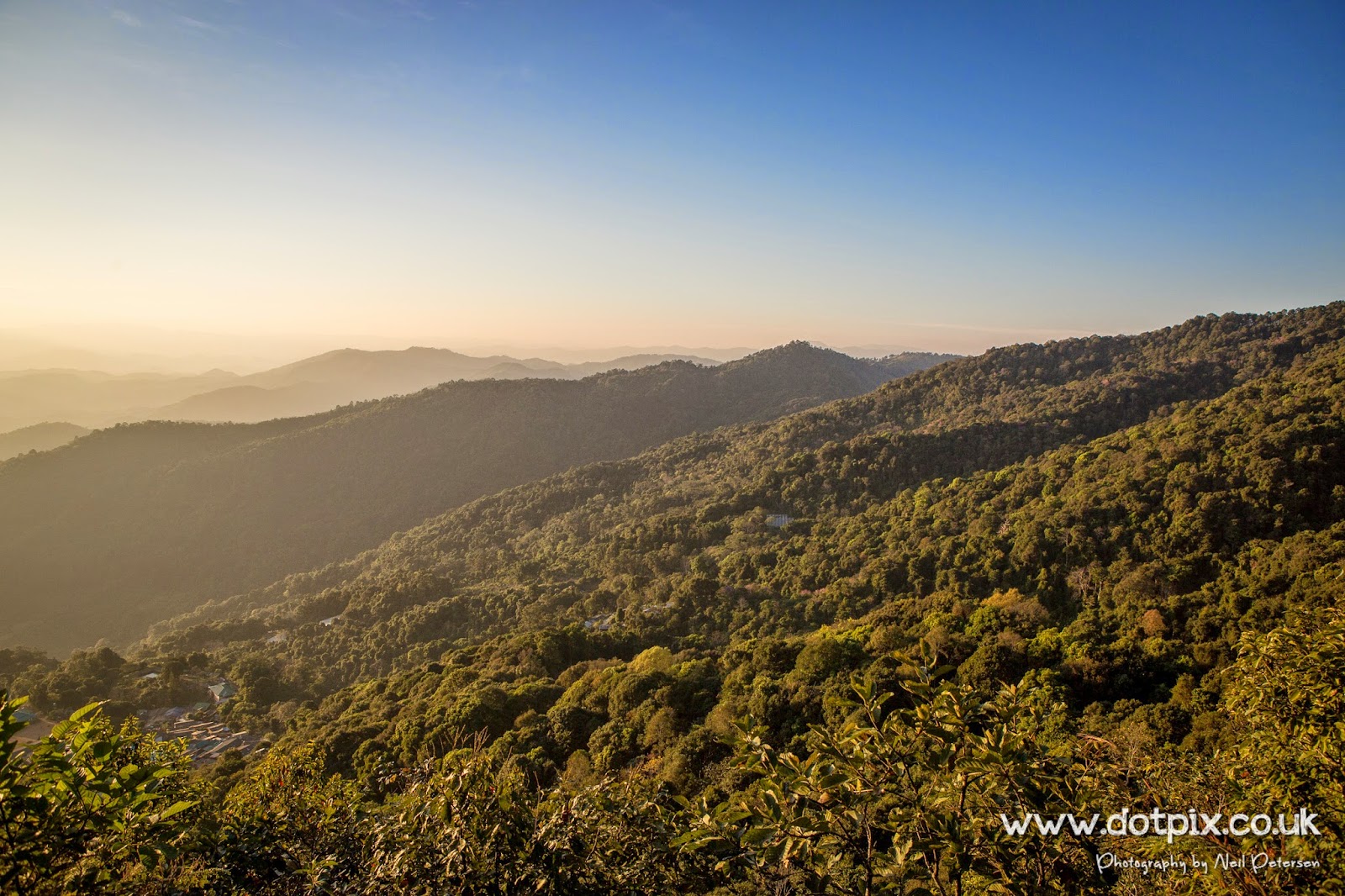 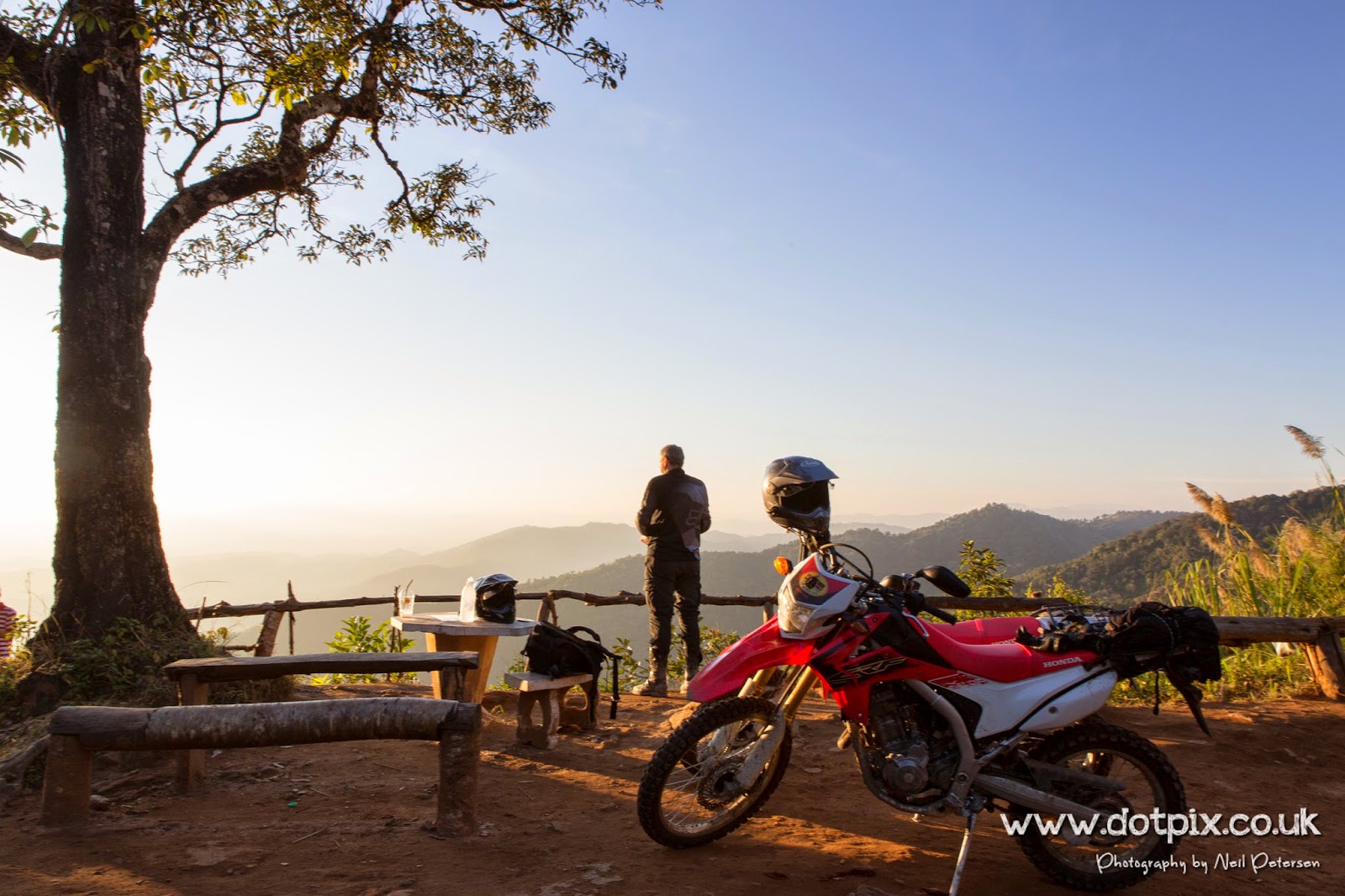 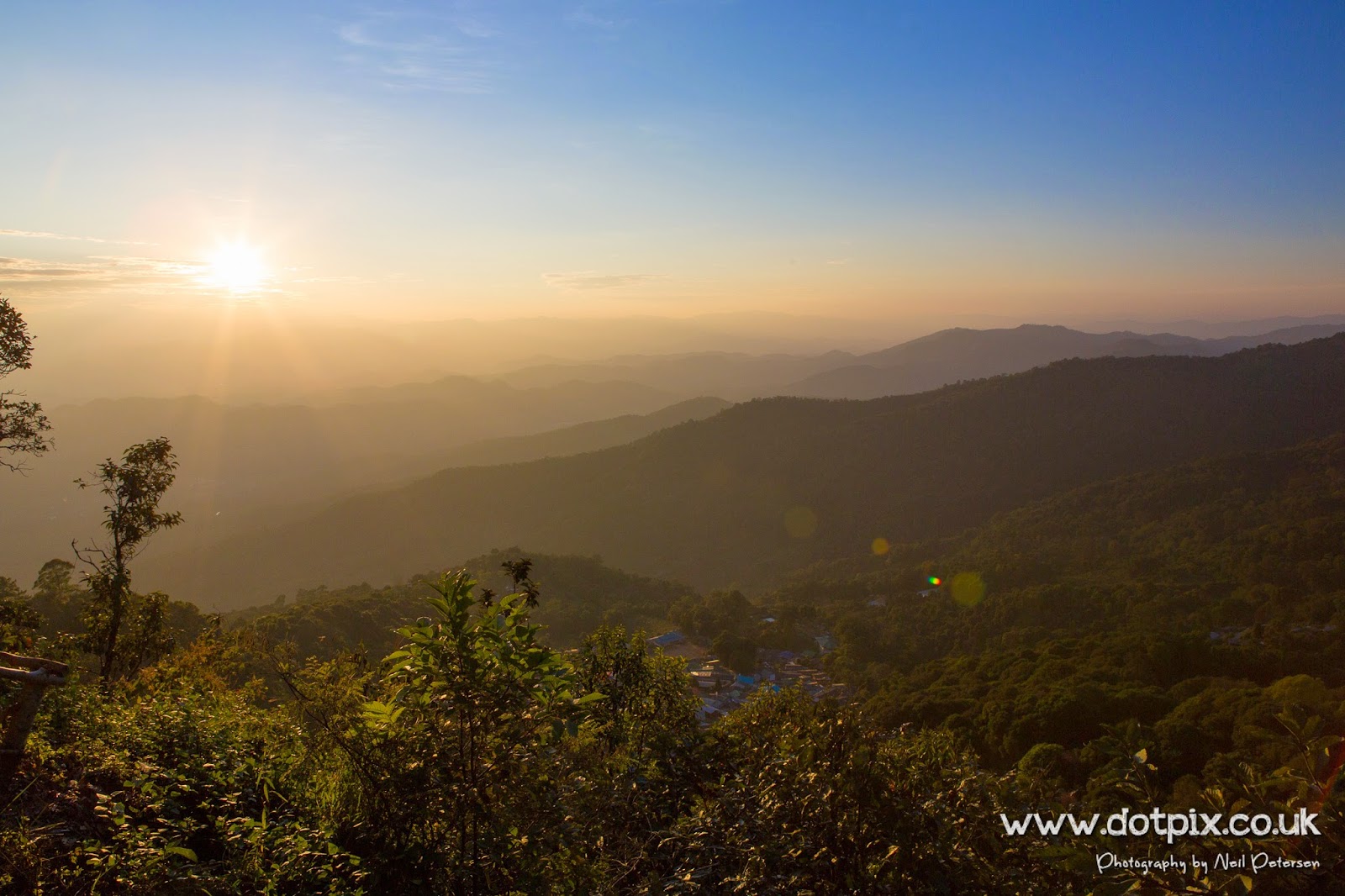 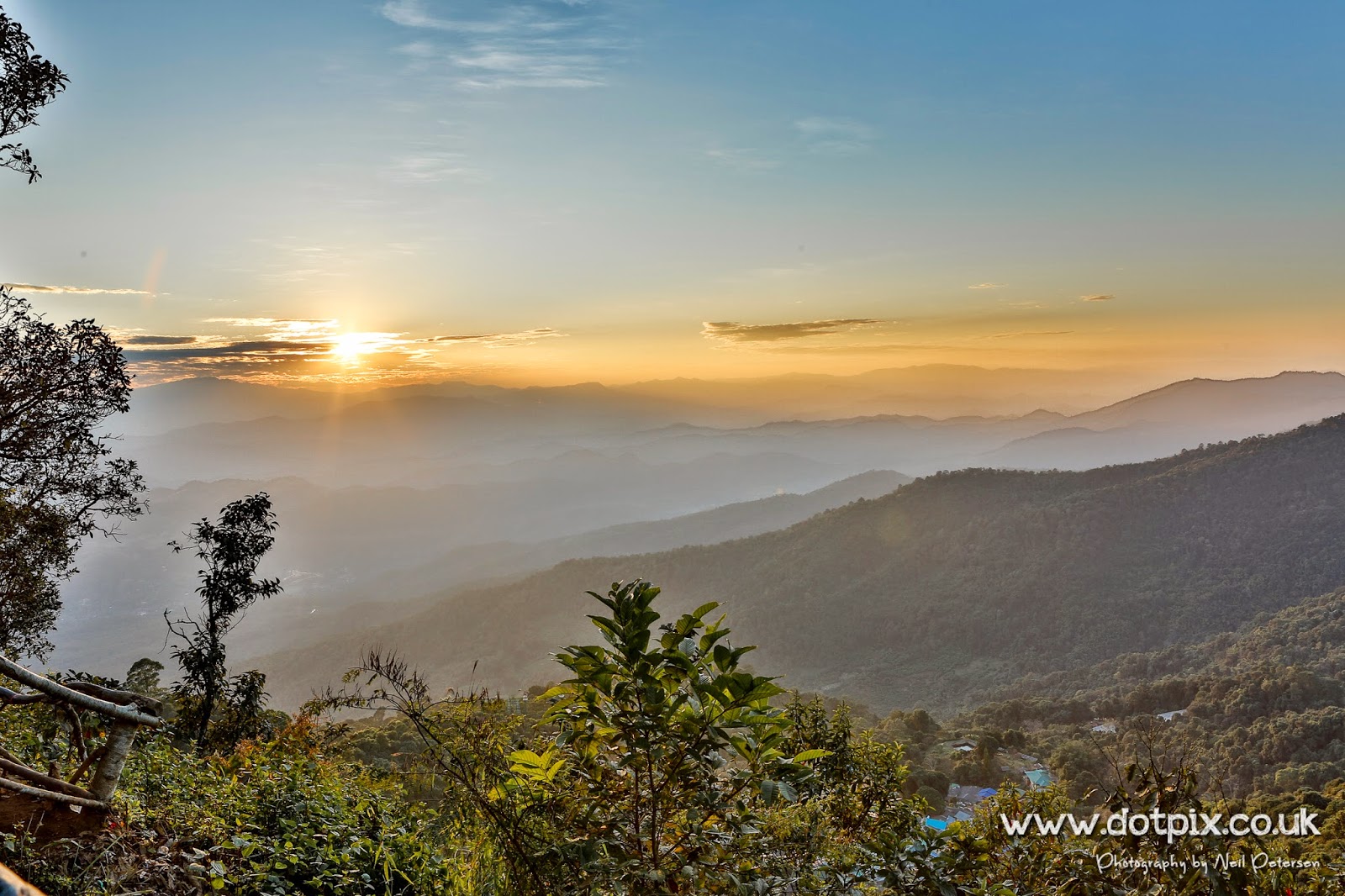 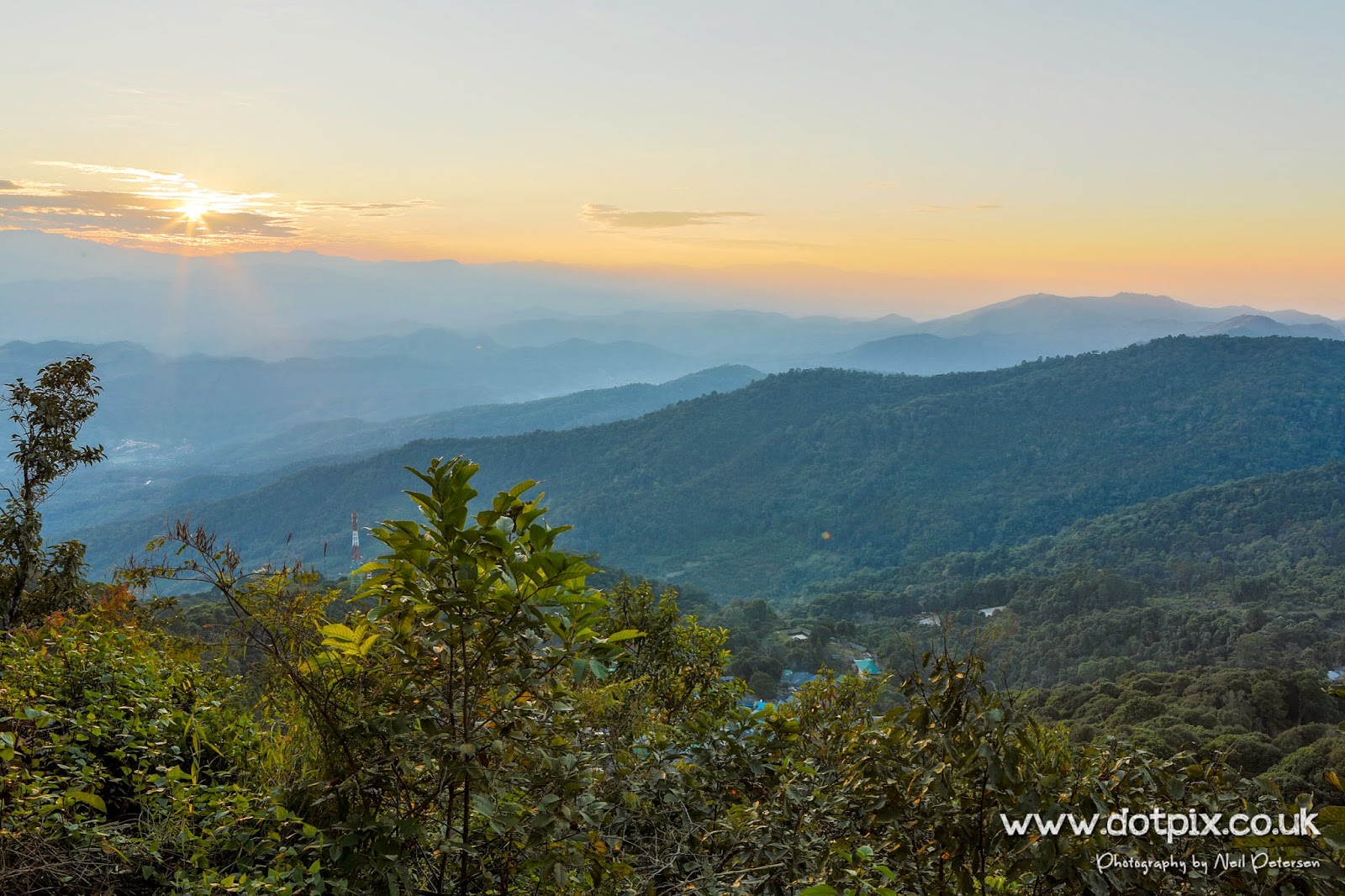 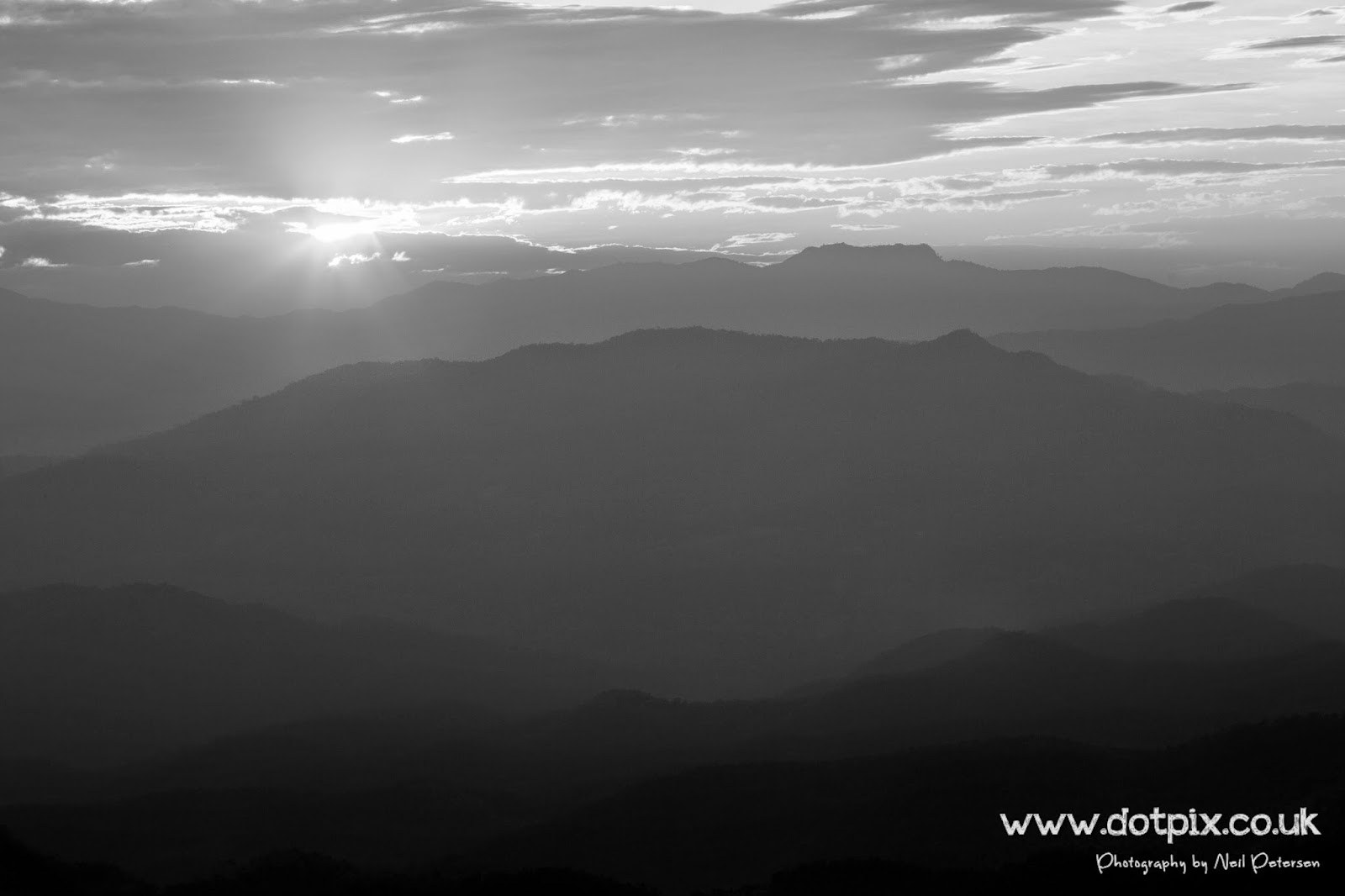 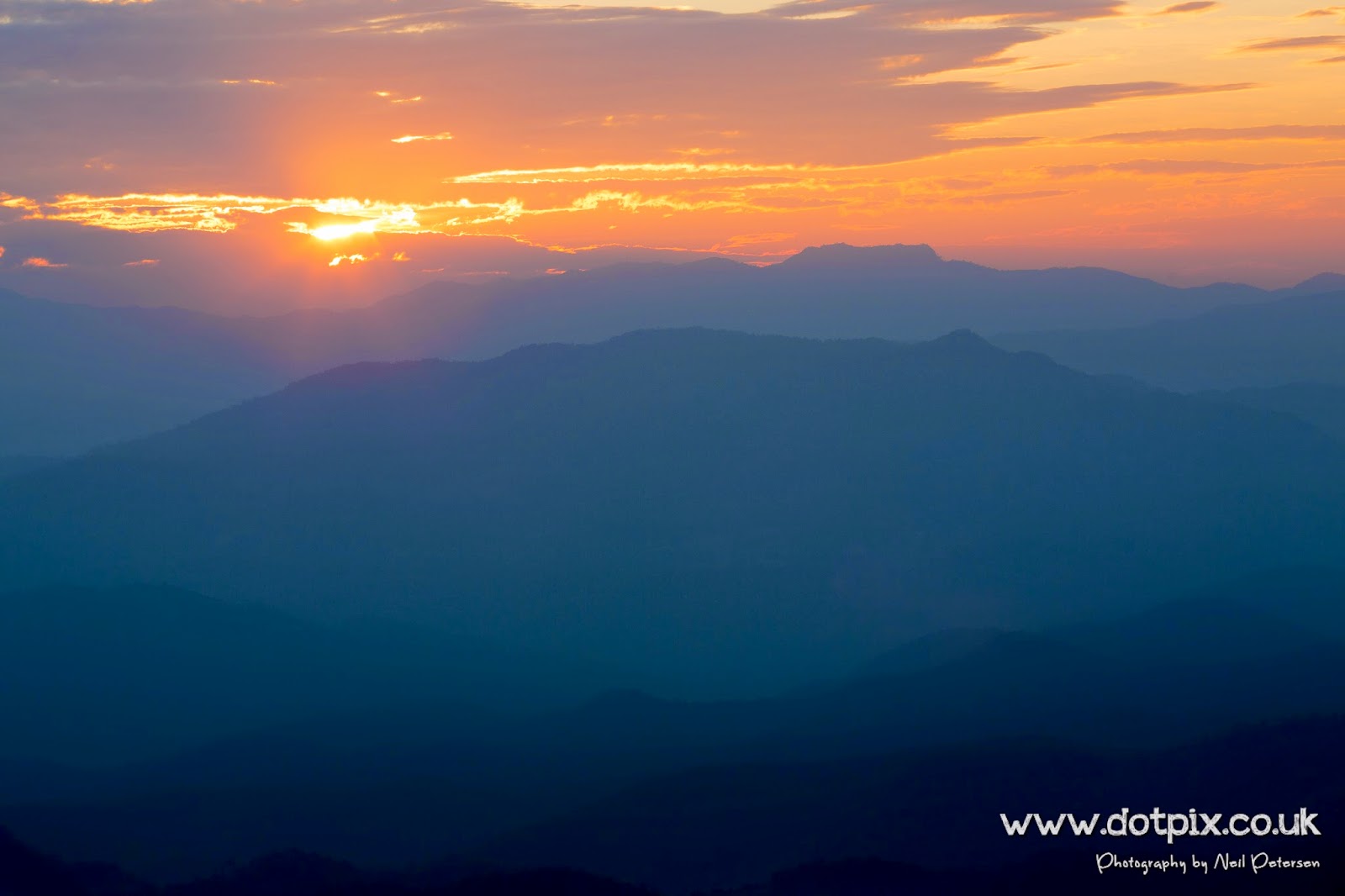 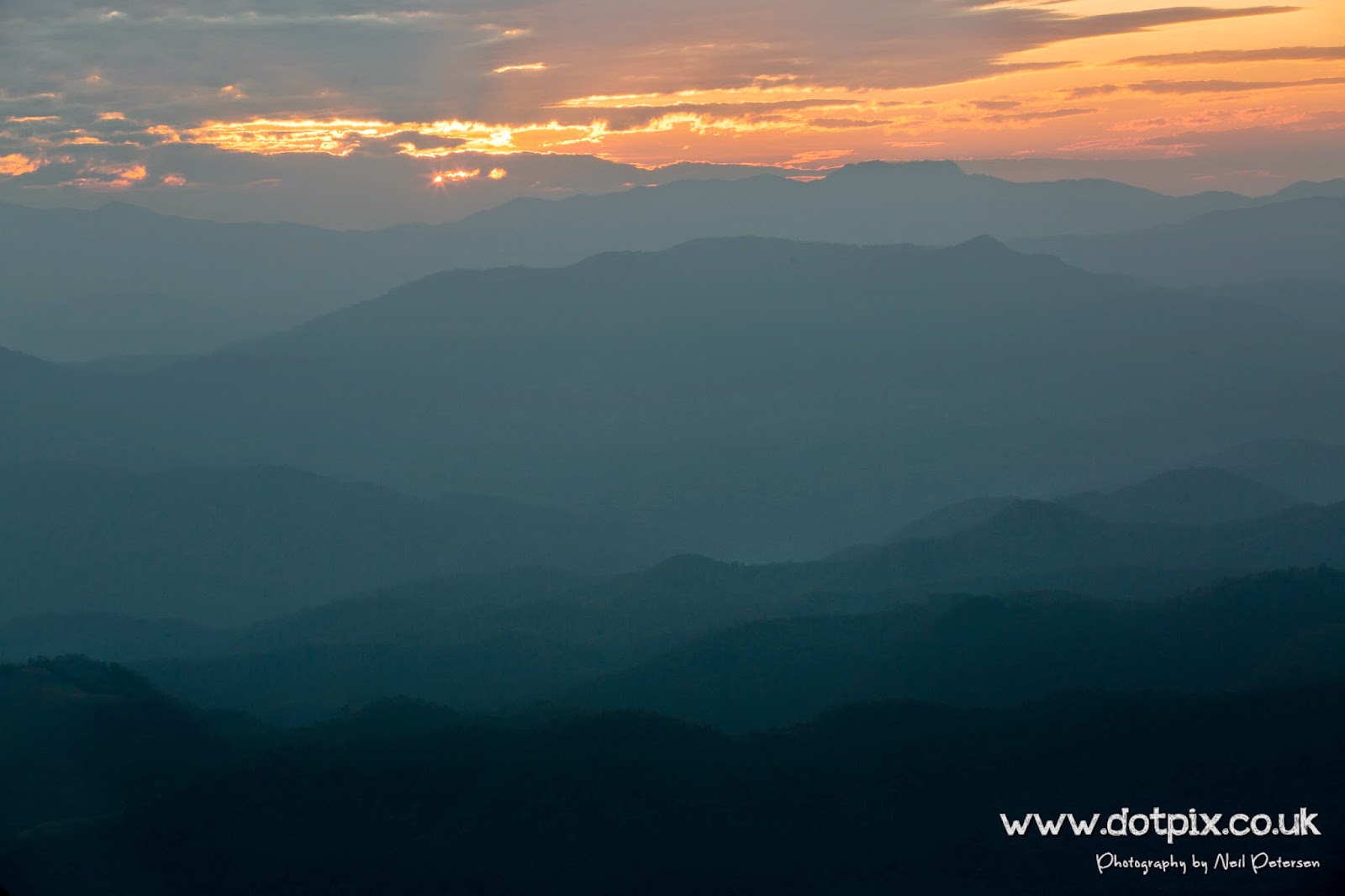 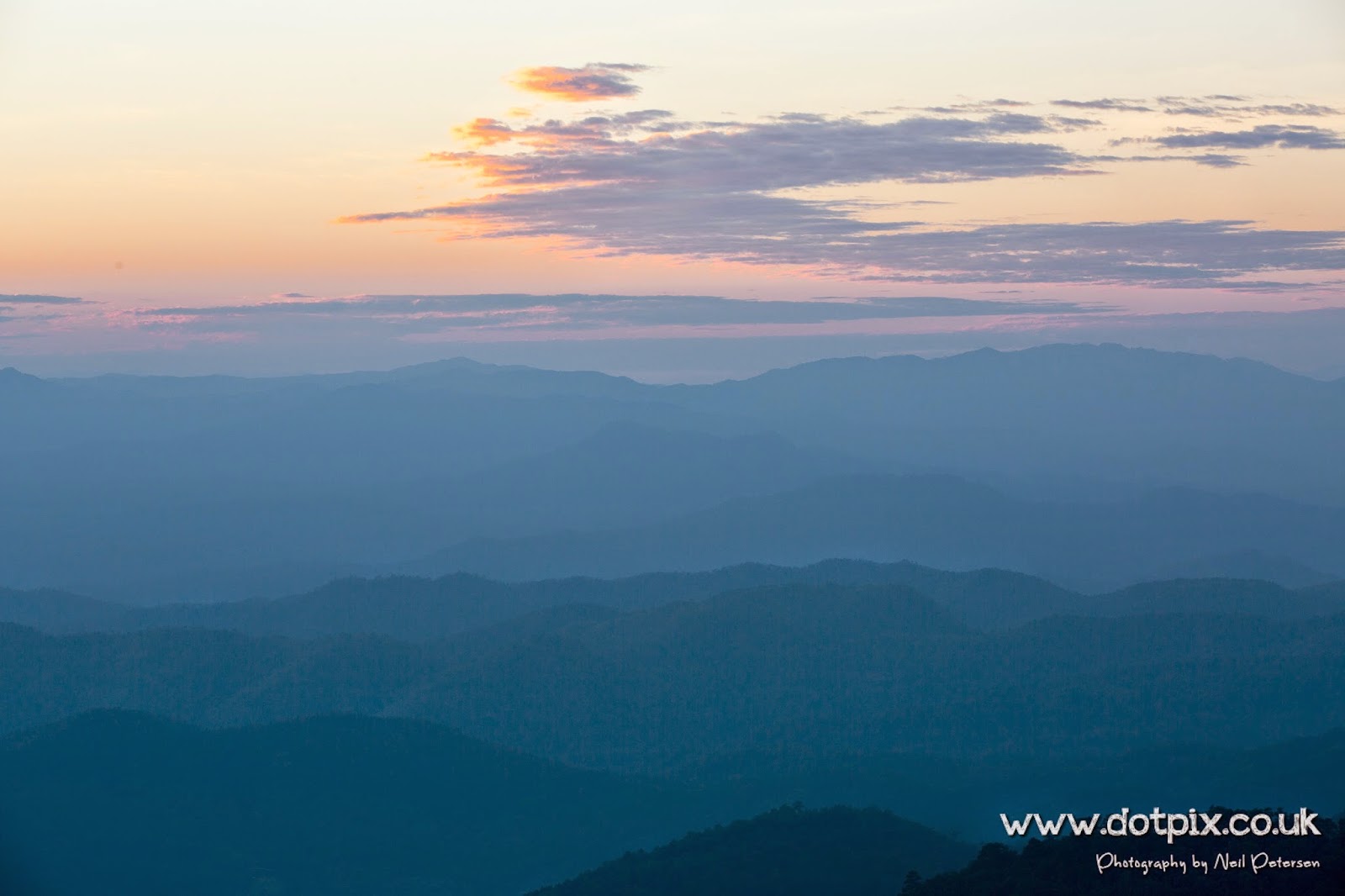 Heading down the mountain we stopped off at the first view point. From here you can see Chiang Mai, I used the tripod I have brought with me to capture some long exposure shots of the city at night. 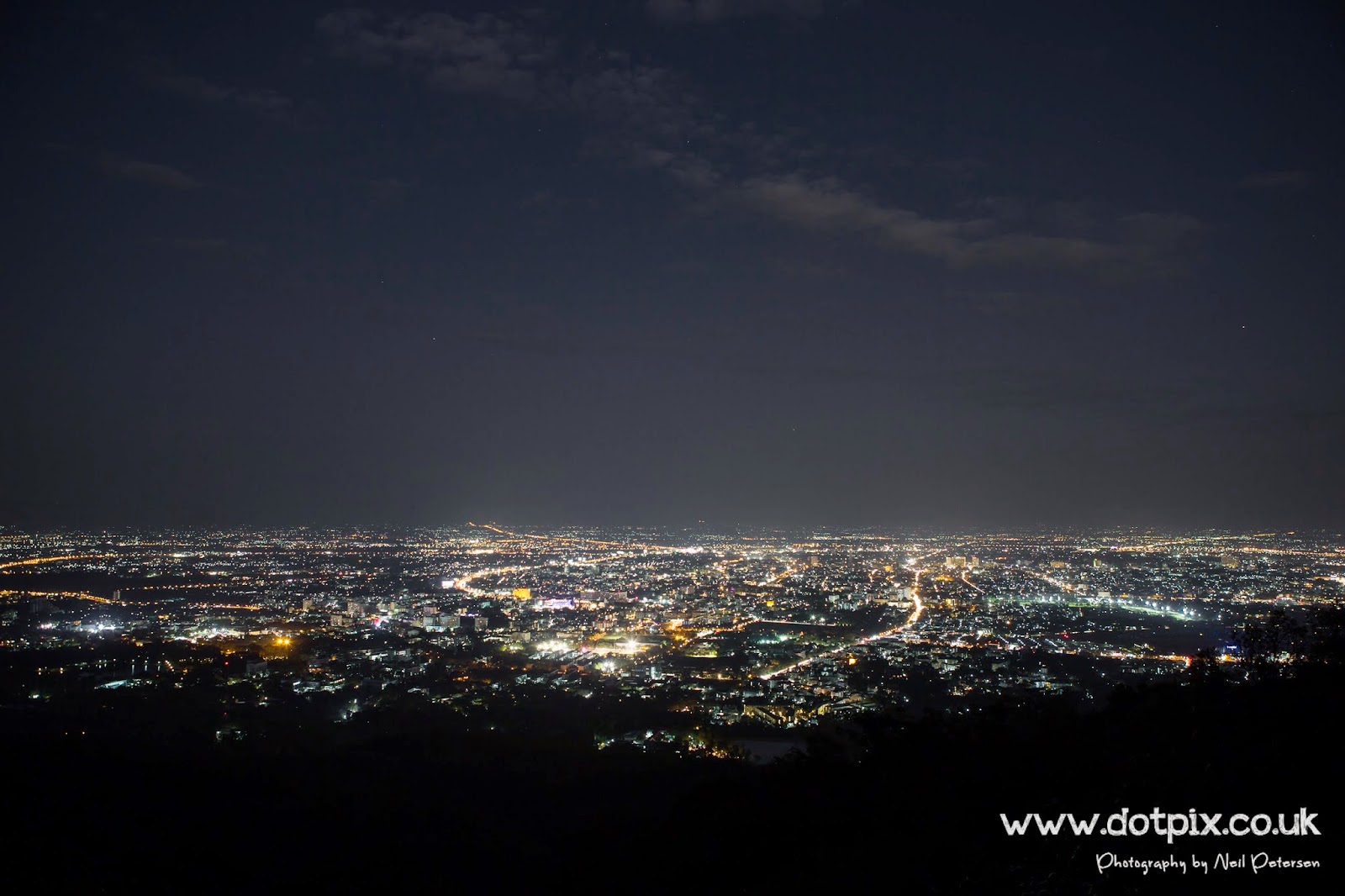 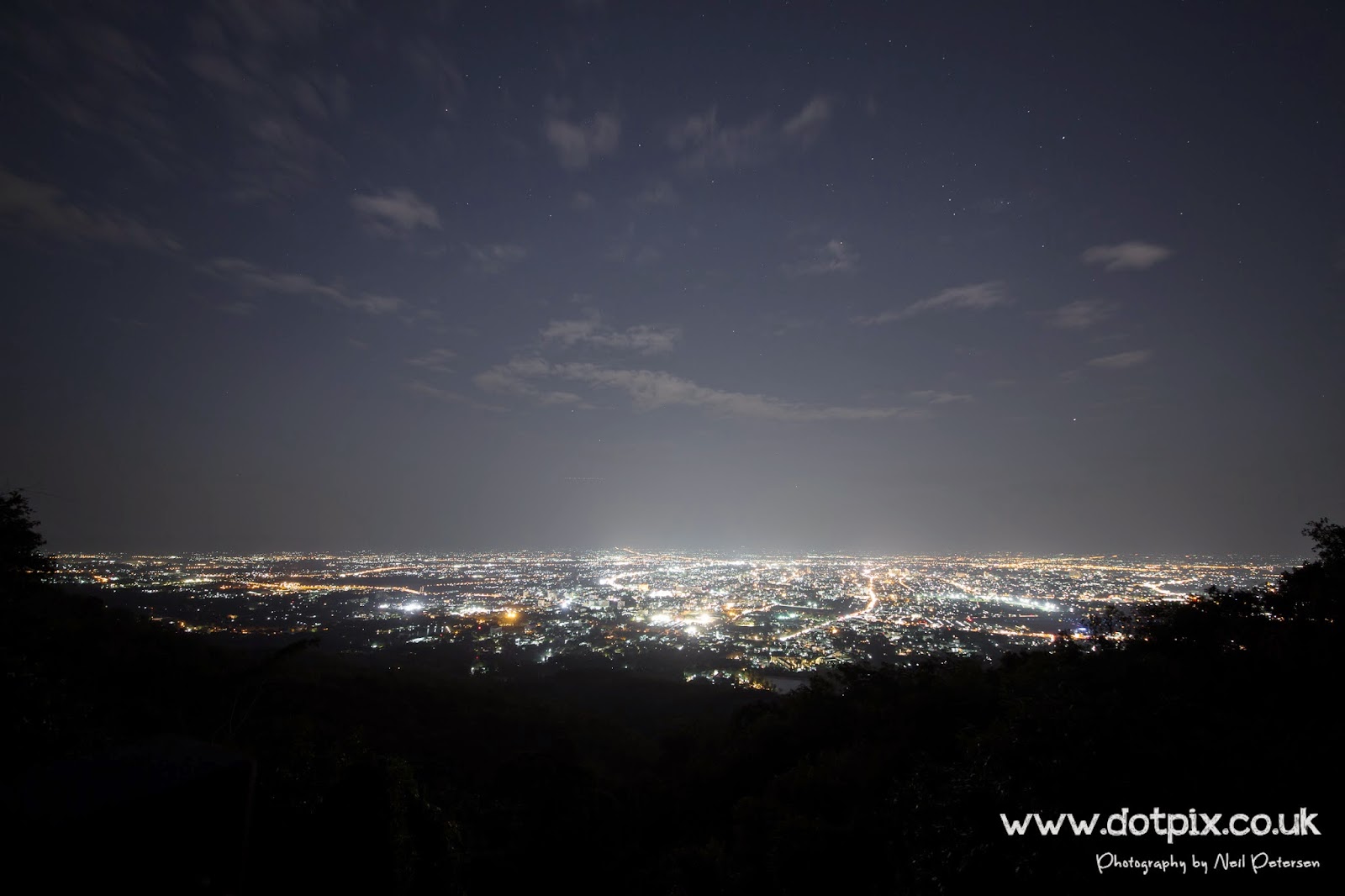 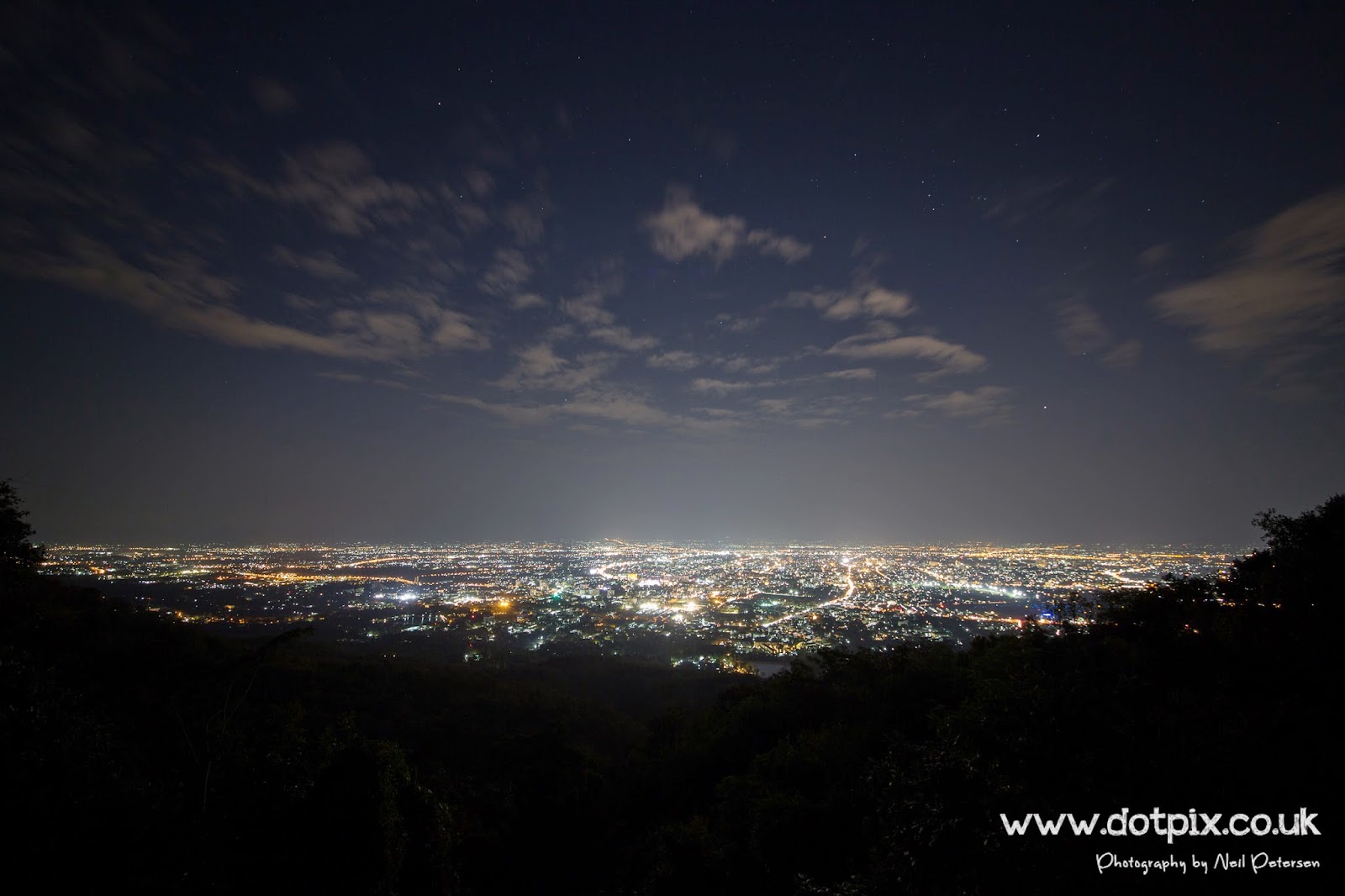 The stars were beginning to show themselves but because of the light pollution wasn't as clear as they can be. We are heading off to Pai in a couple of days so I'm going to get some night shots around there.
Posted by Neil Petersen at 4:54 AM