I decided again not to take my camera with me that day. As the weight of the pack was having an impact on my riding, I was tired and just wanted to enjoy the riding.

In the morning we awoke in Sae Aem, had a day of riding ahead of us so after breakfast hit the road.

We had an excellent mornings riding some of the best I've personally done, can honestly say I thoroughly enjoyed it and it really made my trip. Phil kindly followed me for a while and took the below footage. I warn you this is 6 minutes and is more for my memories but I'm happy to share. I have watched it numerous times already and no doubt will watch this again and again so thanks very much Phil.

Everything was going so well (BC - Before Crash). But this was before we lost a man. Phil unfortunately took a tumble and injured his shoulder and could no longer ride (this point forward would be known as AC - After Crash). He had to leave his bike where it was and ride pillion until the next village. 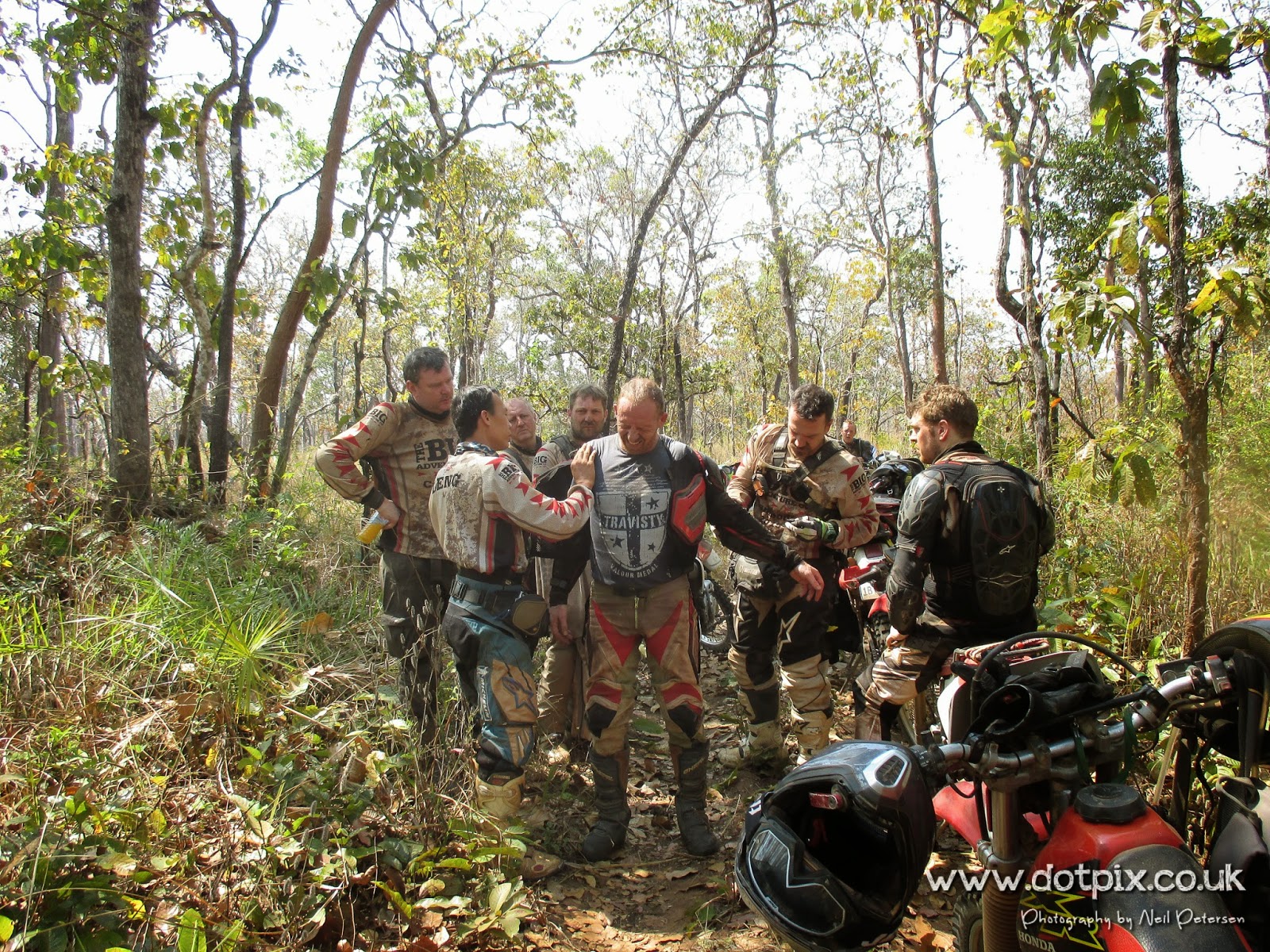 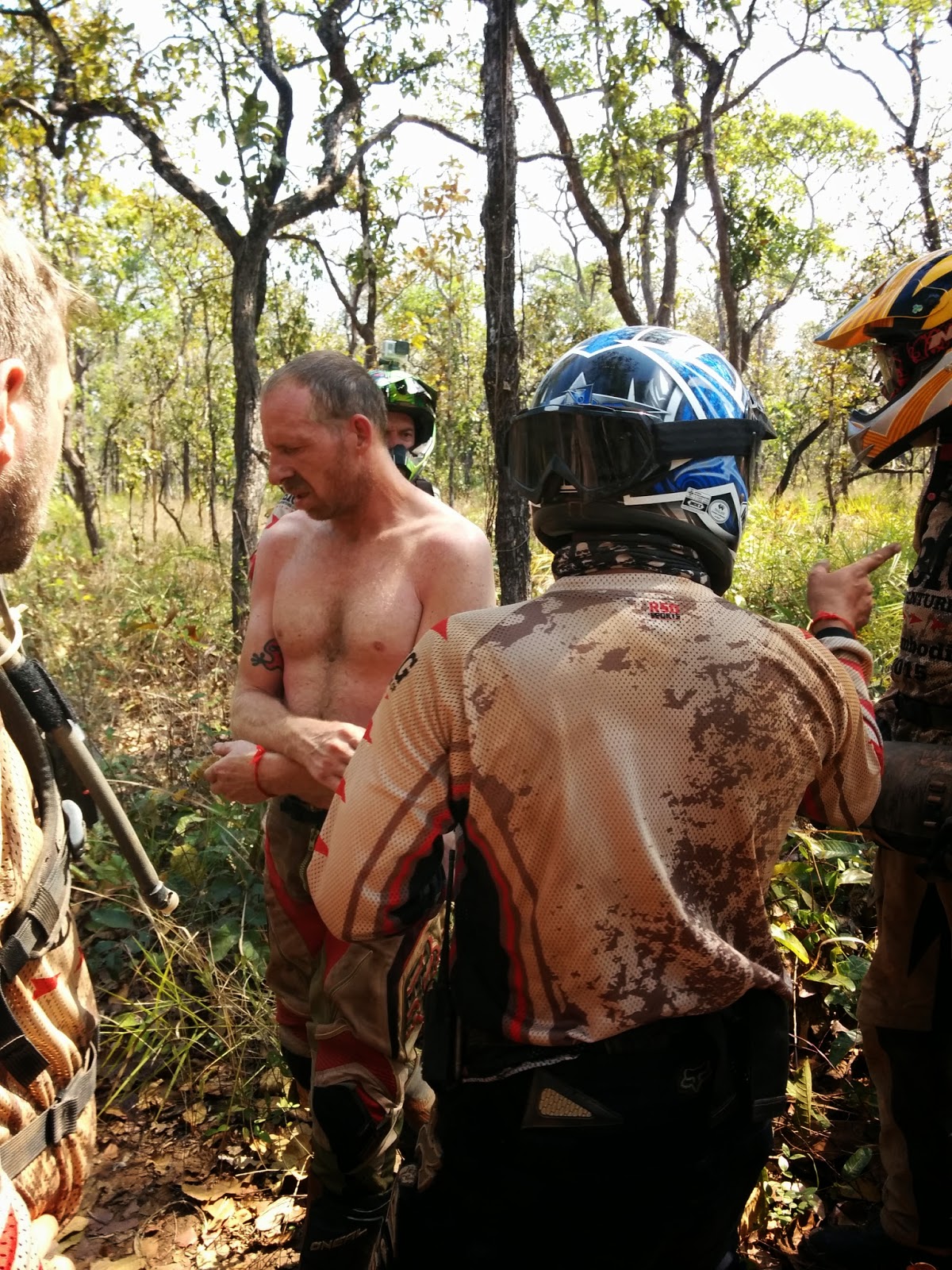 There was talk amongst the group as to what injuries he could have sustained and debated if it was beneficial to take his should out of joint and put it back in as he had little movement in it but it was not obviously broken. The theory was it may have popped out and caught a tendon on the way back in during the crash. To Phil's relief this was decided against and that it would be better to get him out of there and to a hospital. 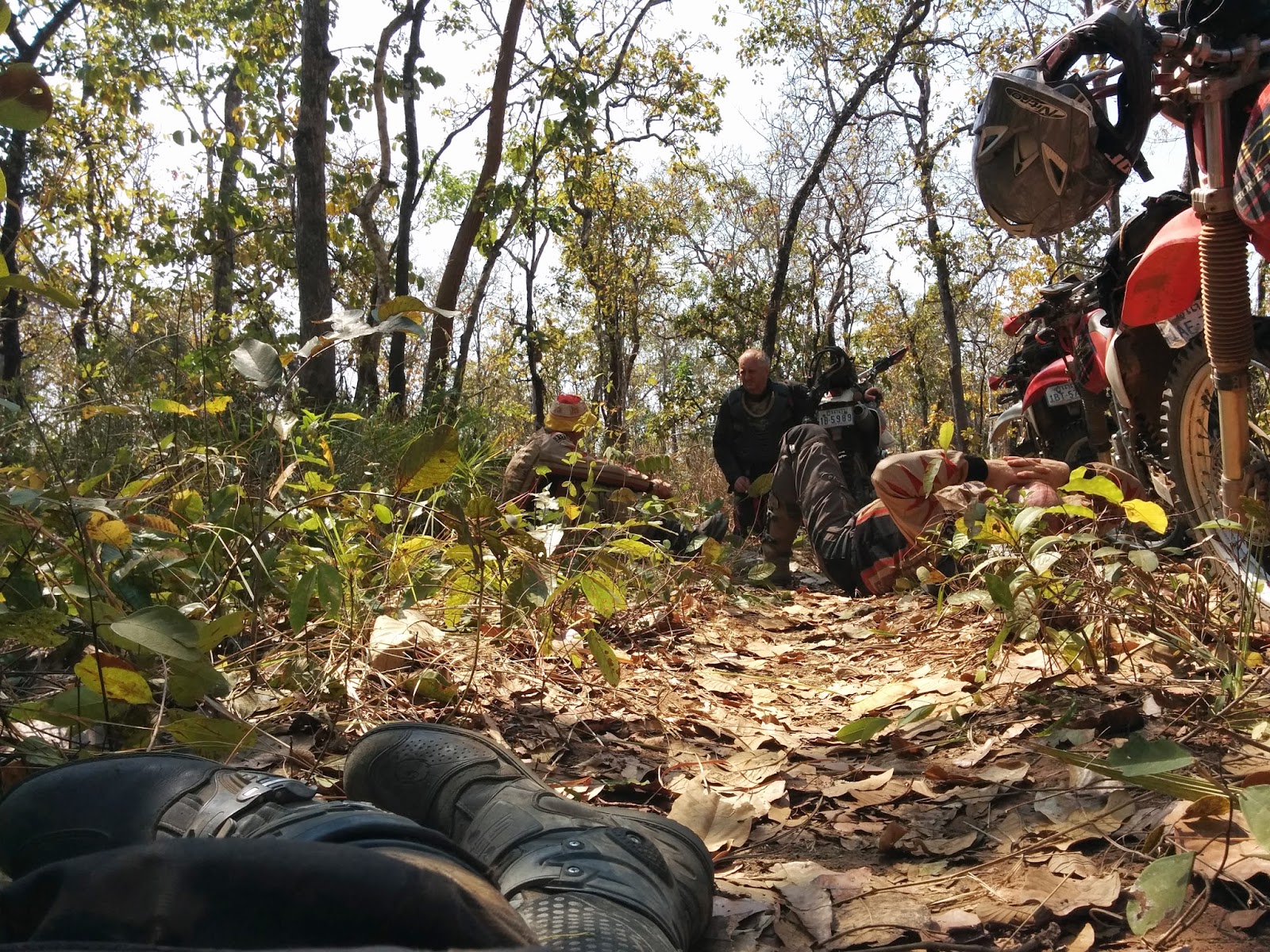 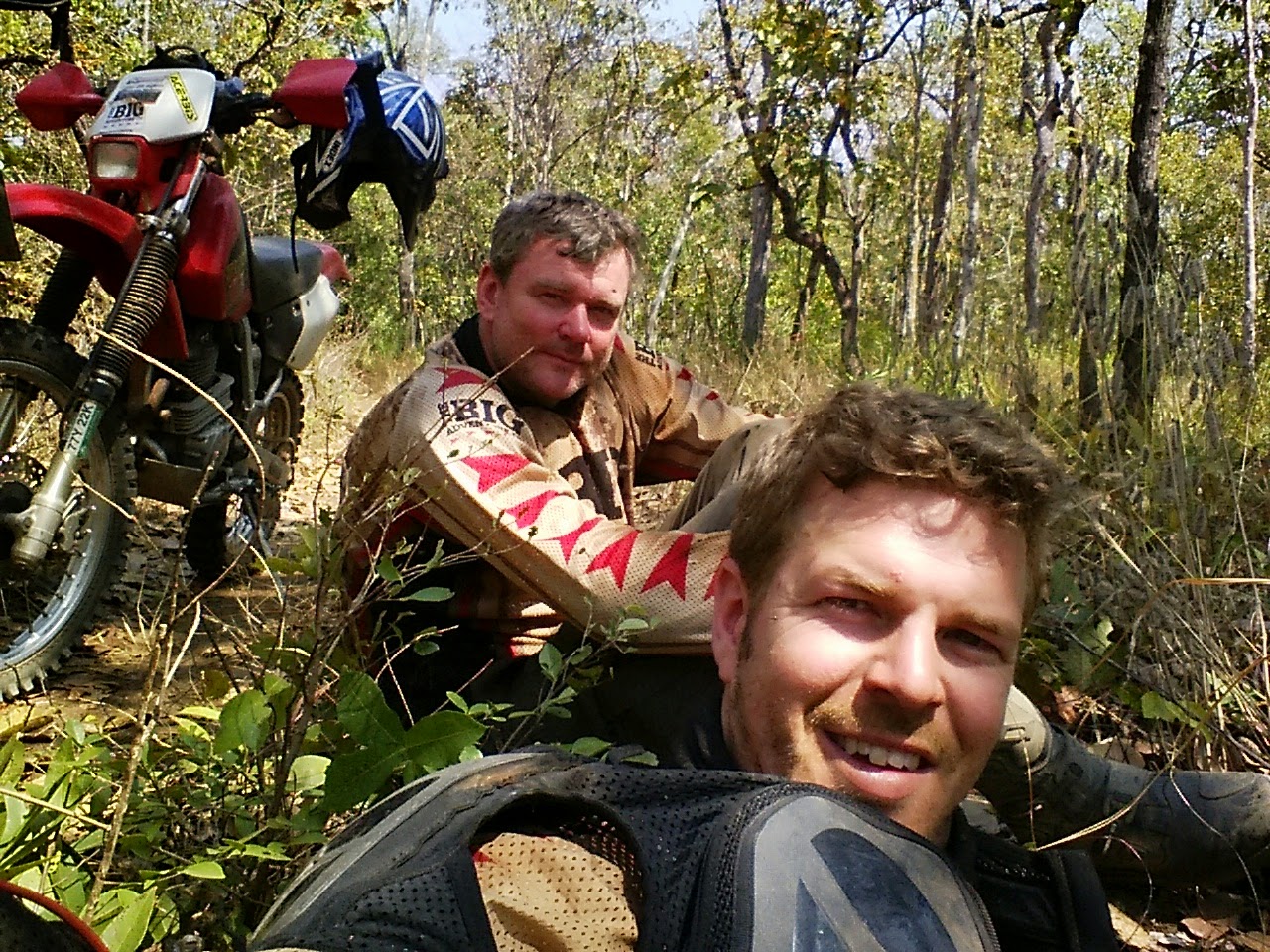 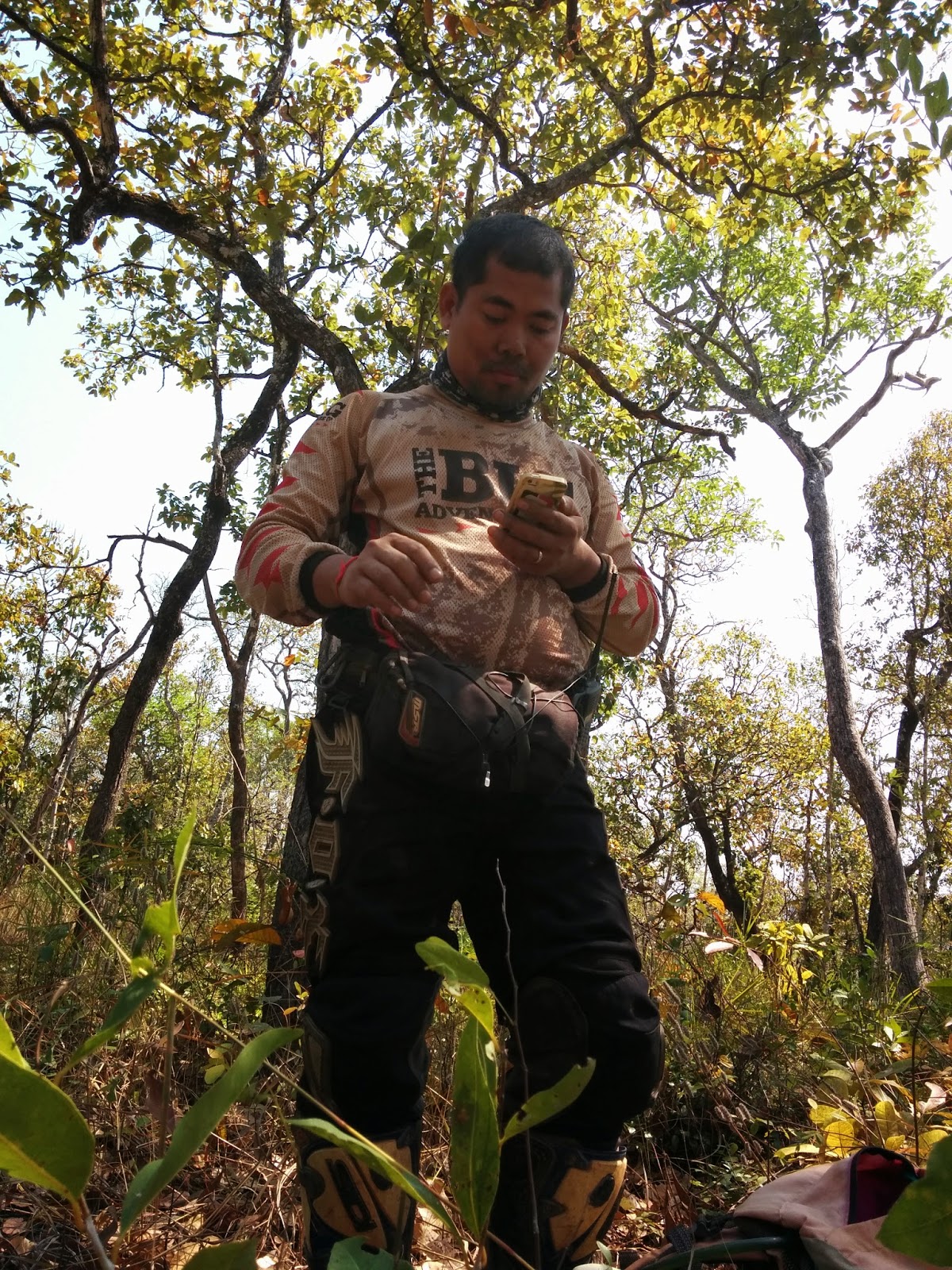 Daniel took his bike with Tony also to the next village where Leng had arranged for a local to ride this the next 10km to the nearest town where we could arrange to have this transported out of there.

While we waited for the logistics of getting Phil to hospital we sat around in this village. There was lots of children and adults gathered around us just staring at us. For some reason I decided the best way to break the silence was to bust out into the song. The song of choice was Celine Dion's My Heart Will Go On, this is was a favourite at a karaoke bar visit during the tour and just seemed to work. The next thing you know there are 8 blokes singing full voice to these villagers. They must have thought we was complete loons but found it hilarious and it really was a highlight of the trip and lightened the mood amongst the group. 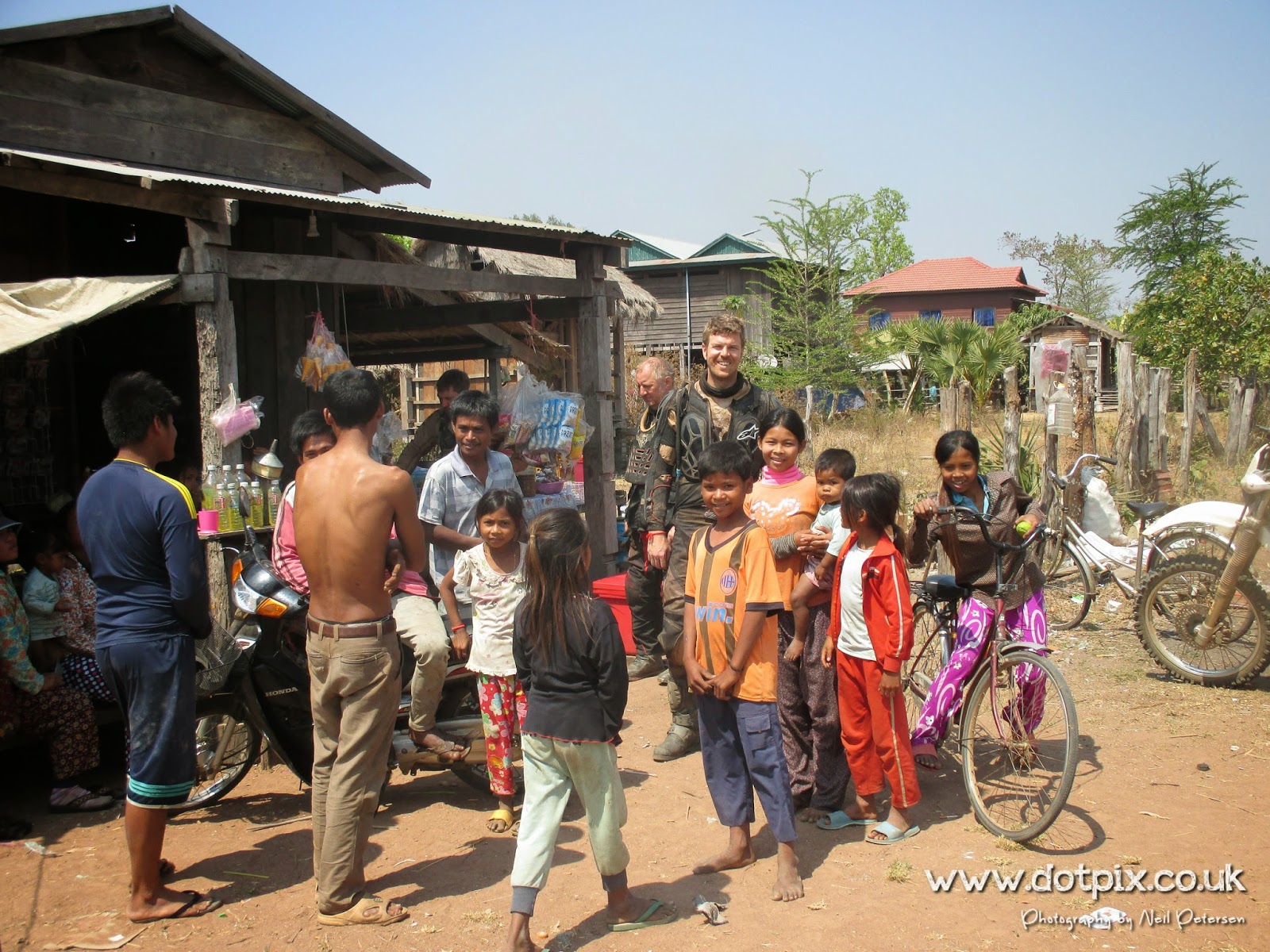 Phil was then rode out by Chea along about 10km of sand and dirt to the nearest town. When we got there Phil was already there sitting with a beer waiting for his taxi to take him the 200 odd km to Siem Reap where he could see a doctor and find out what he had actually done.

We took a break half way to town and looked at the route ahead. 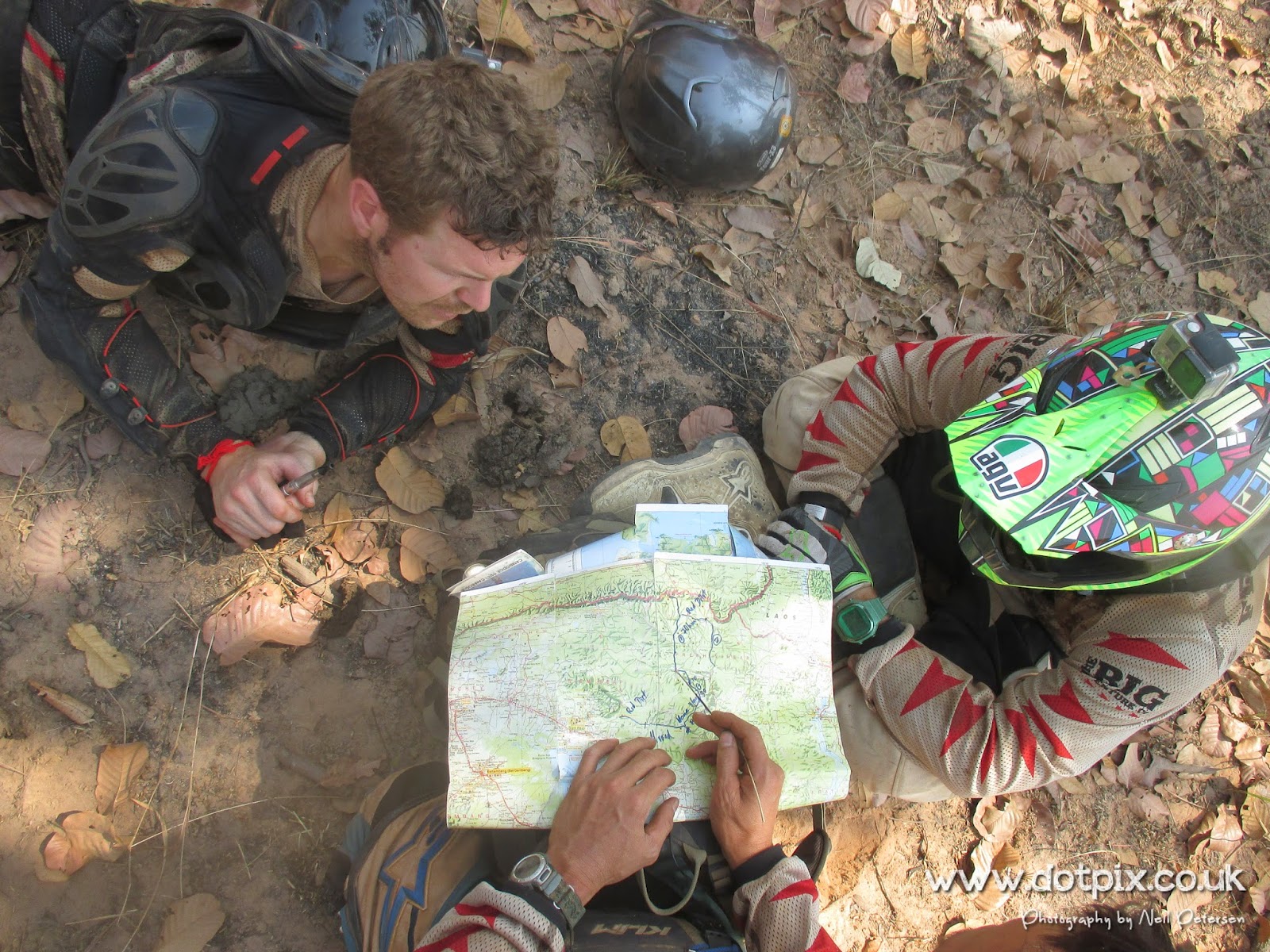 After two hospital visits it turned out that it was more of a strain and ligament damage and the cure would be rest so Phil would unfortunately miss out on the last day but we would all be meeting up at him at the hotel.

An injury like this really puts it into perspective, what we was doing was dangerous but you tend to forget that. I know my pace for the rest of the day step down a notch or two.

After lunch and saying goodbye to Phil we rode the rest of the afternoon heading for Preah Khan where we had a look around the temple. 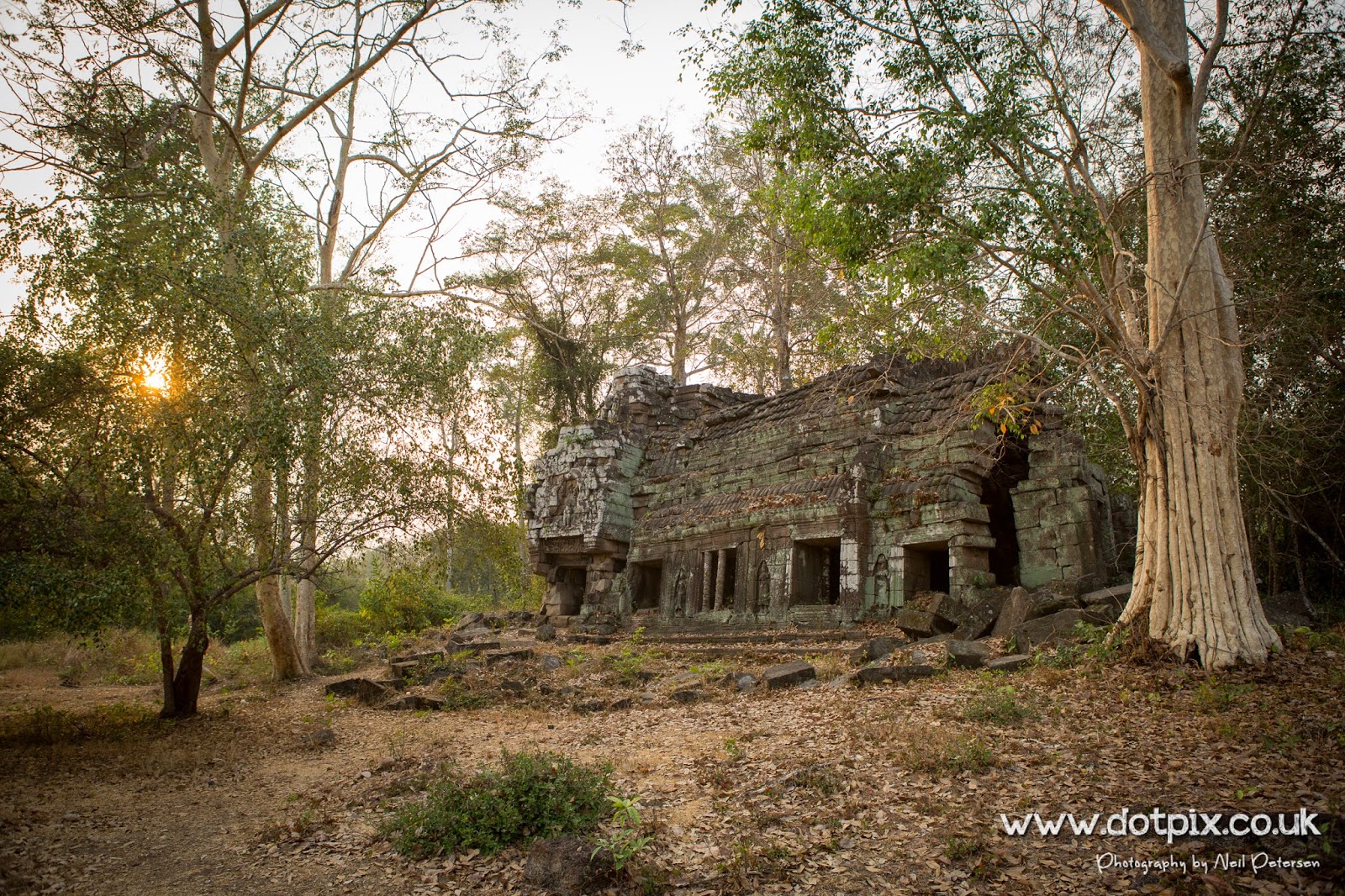 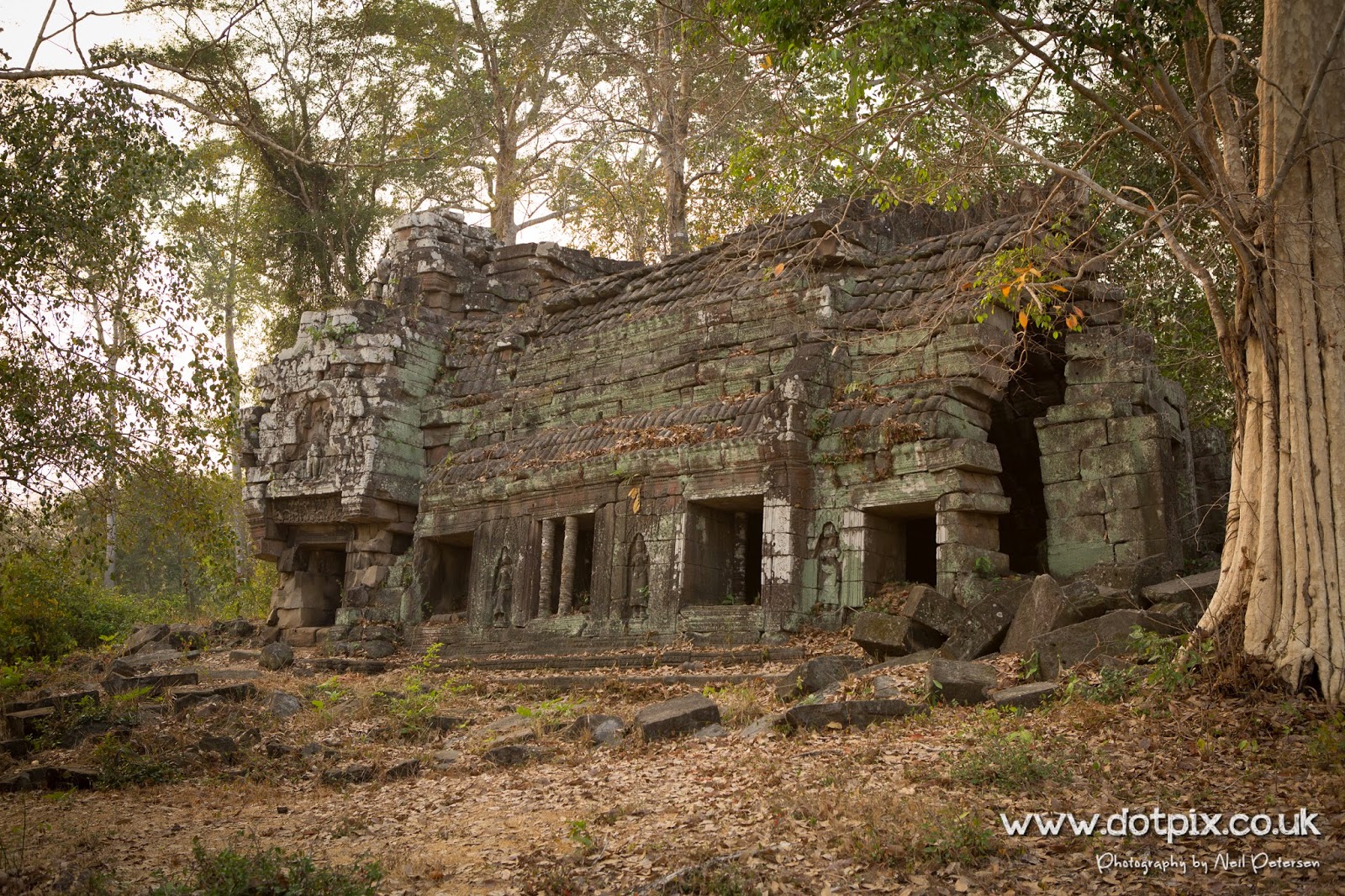 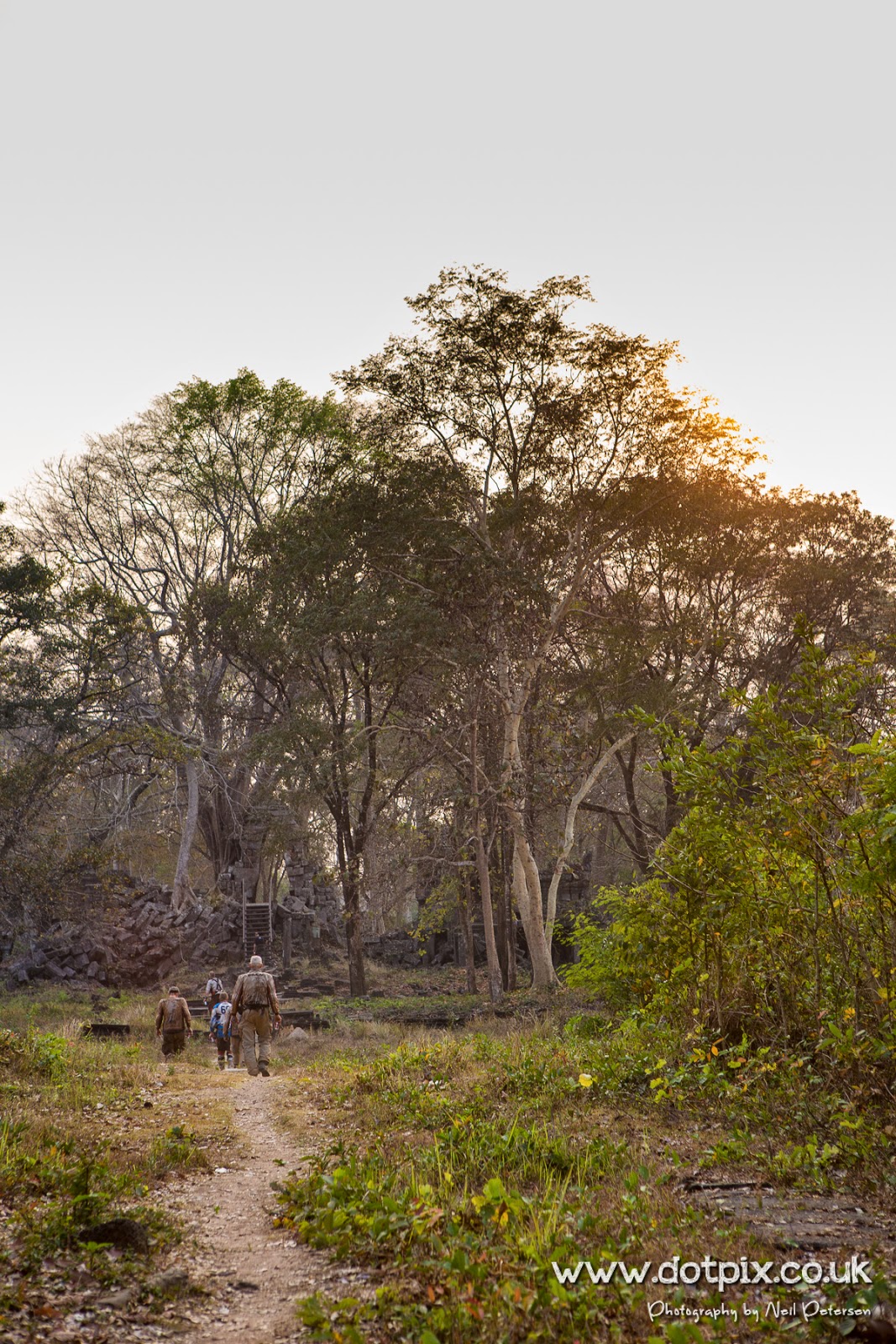 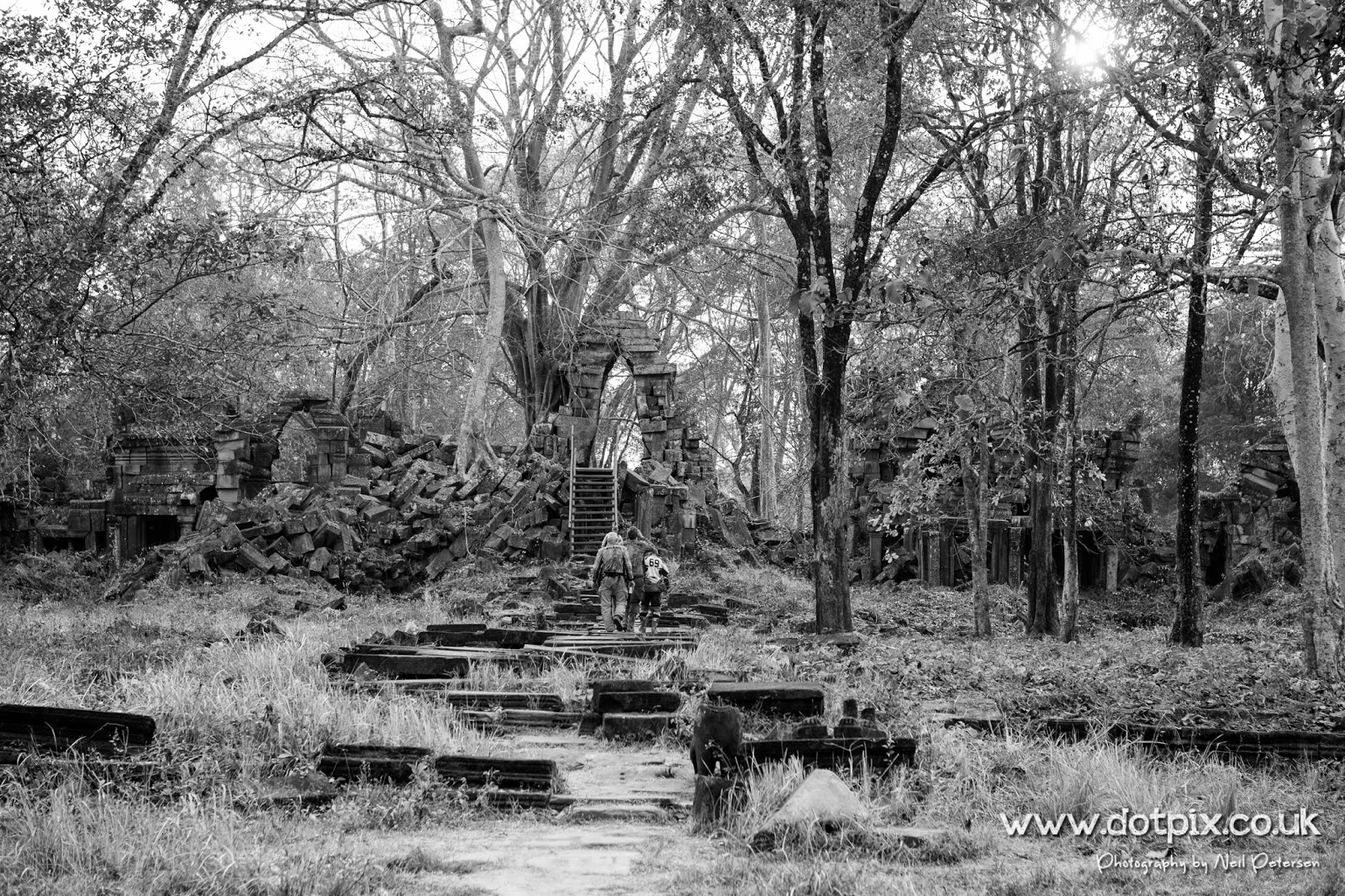 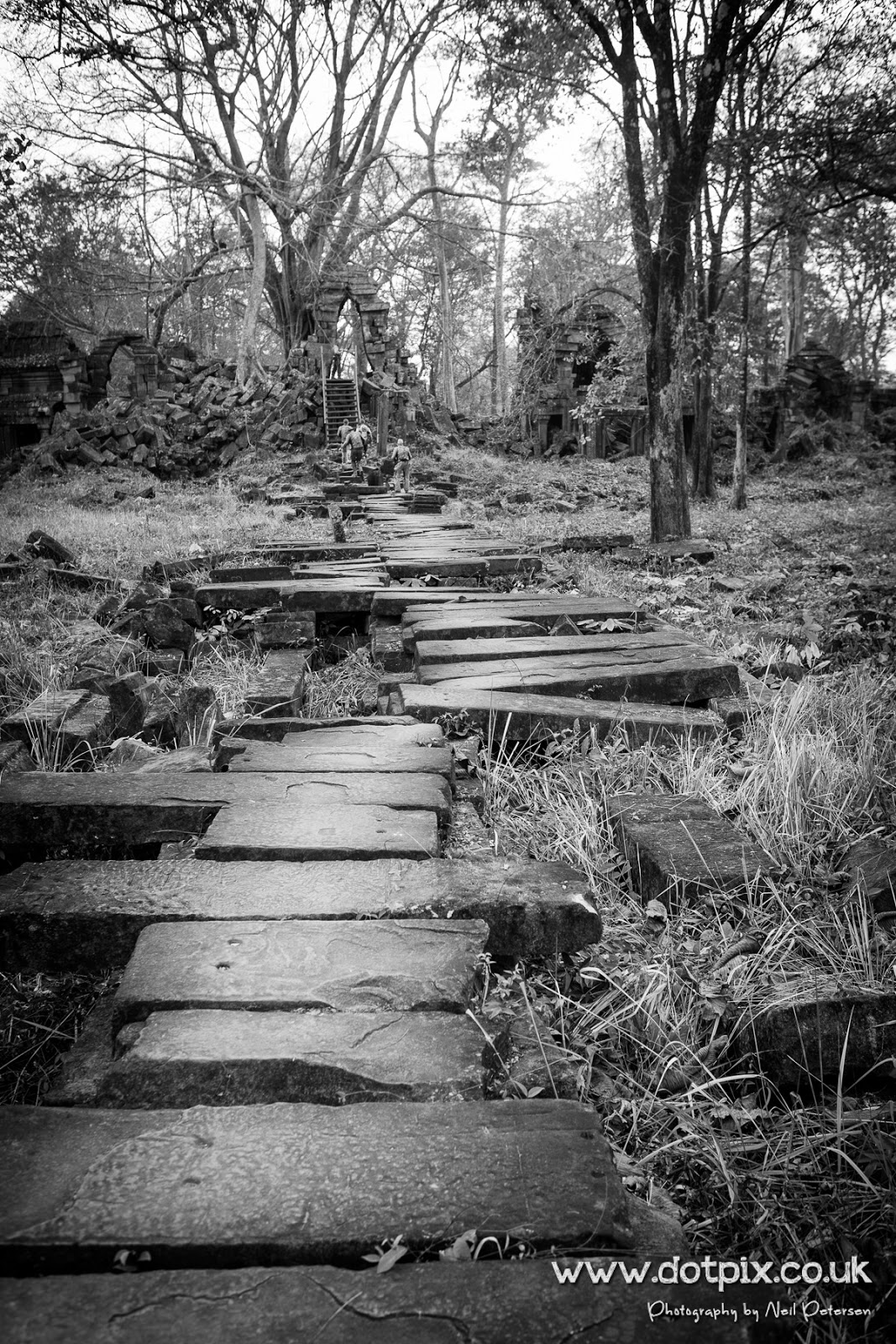 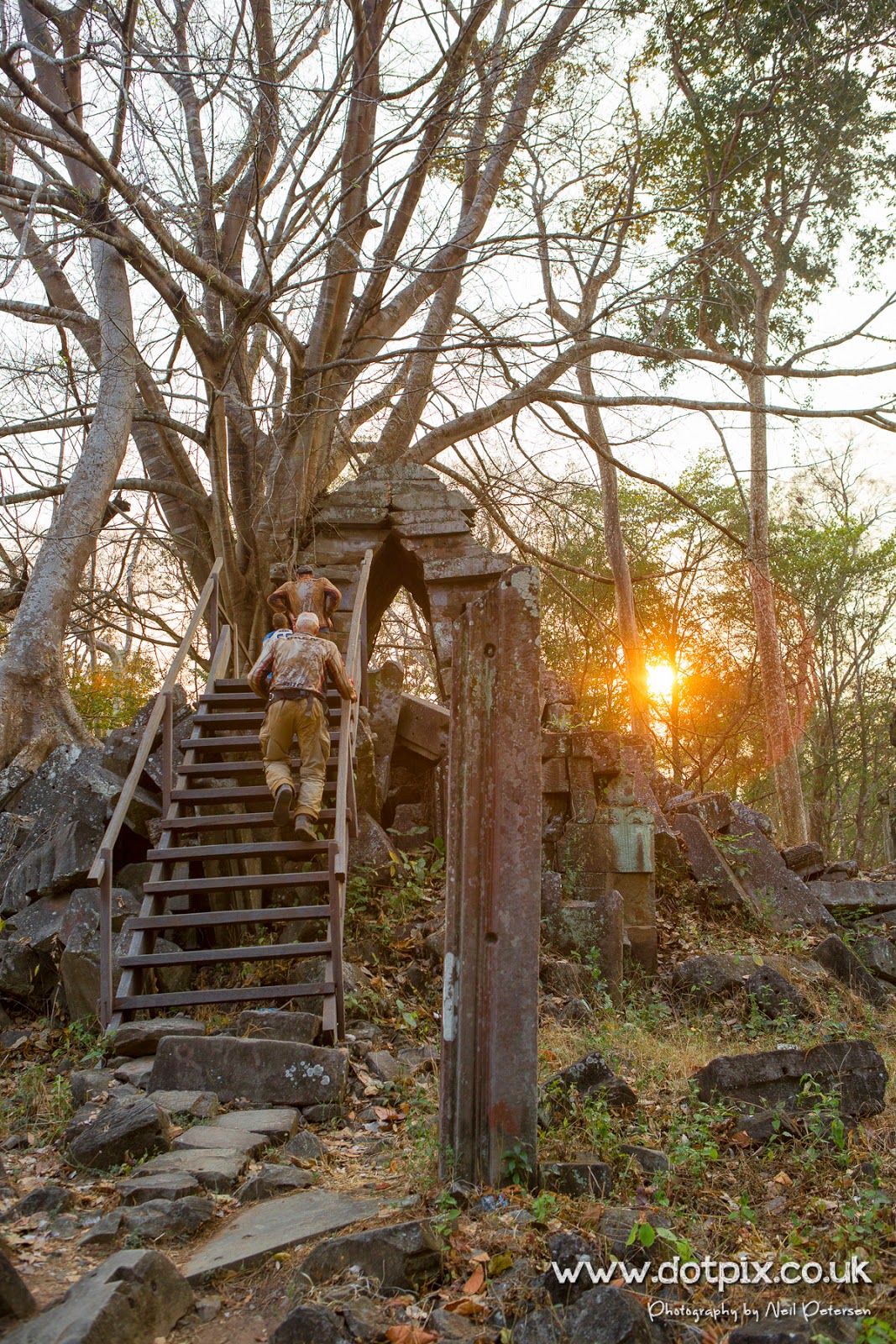 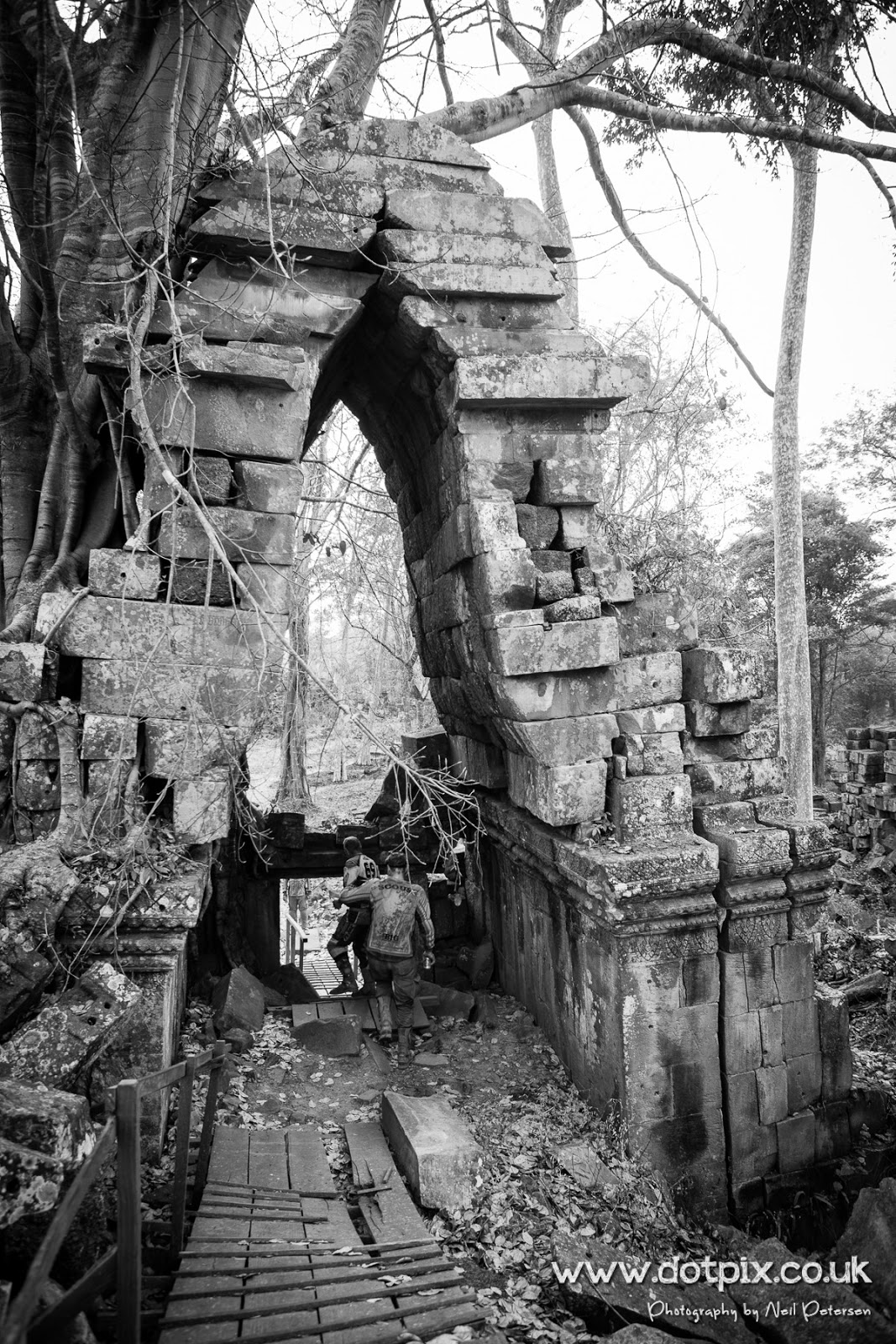 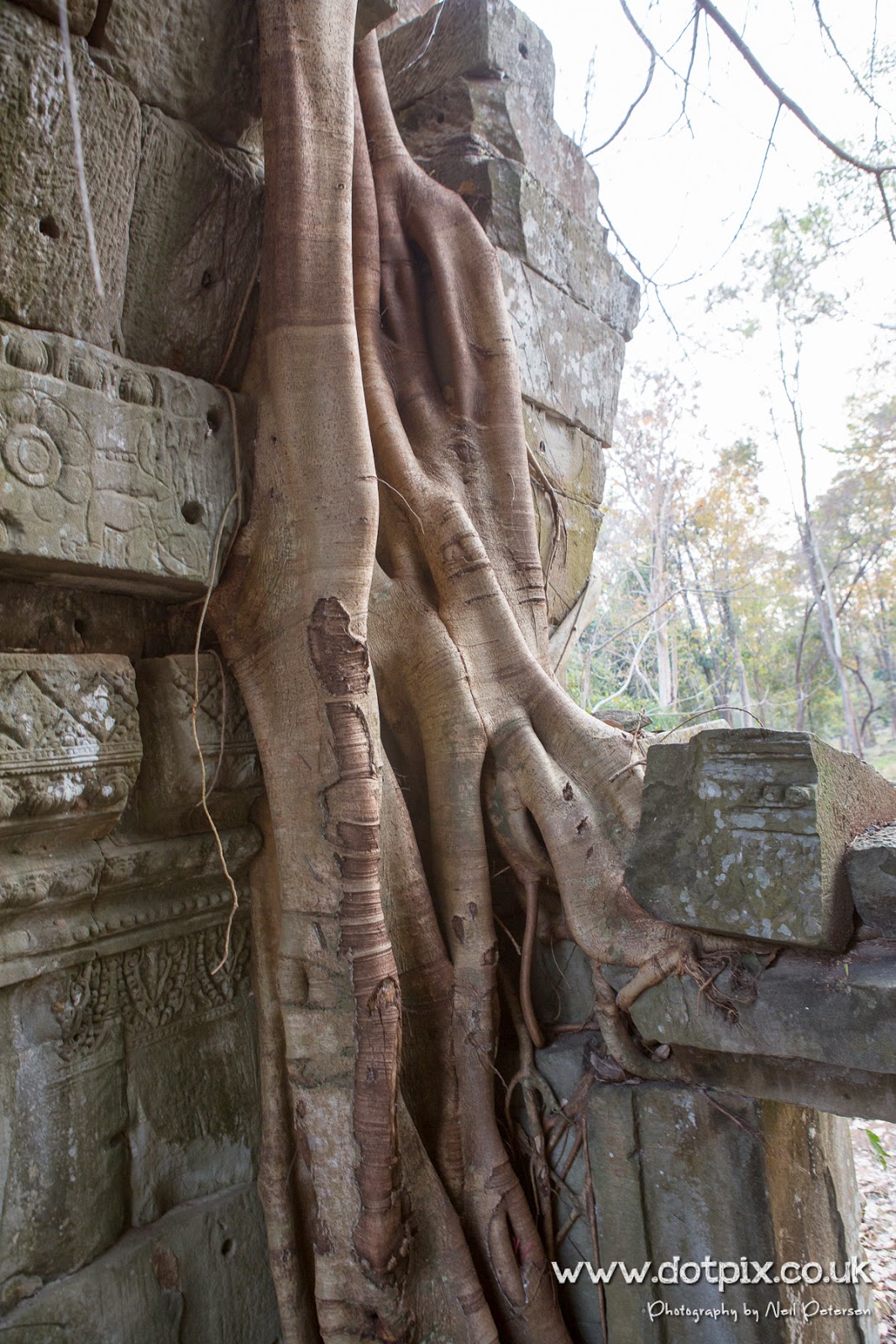 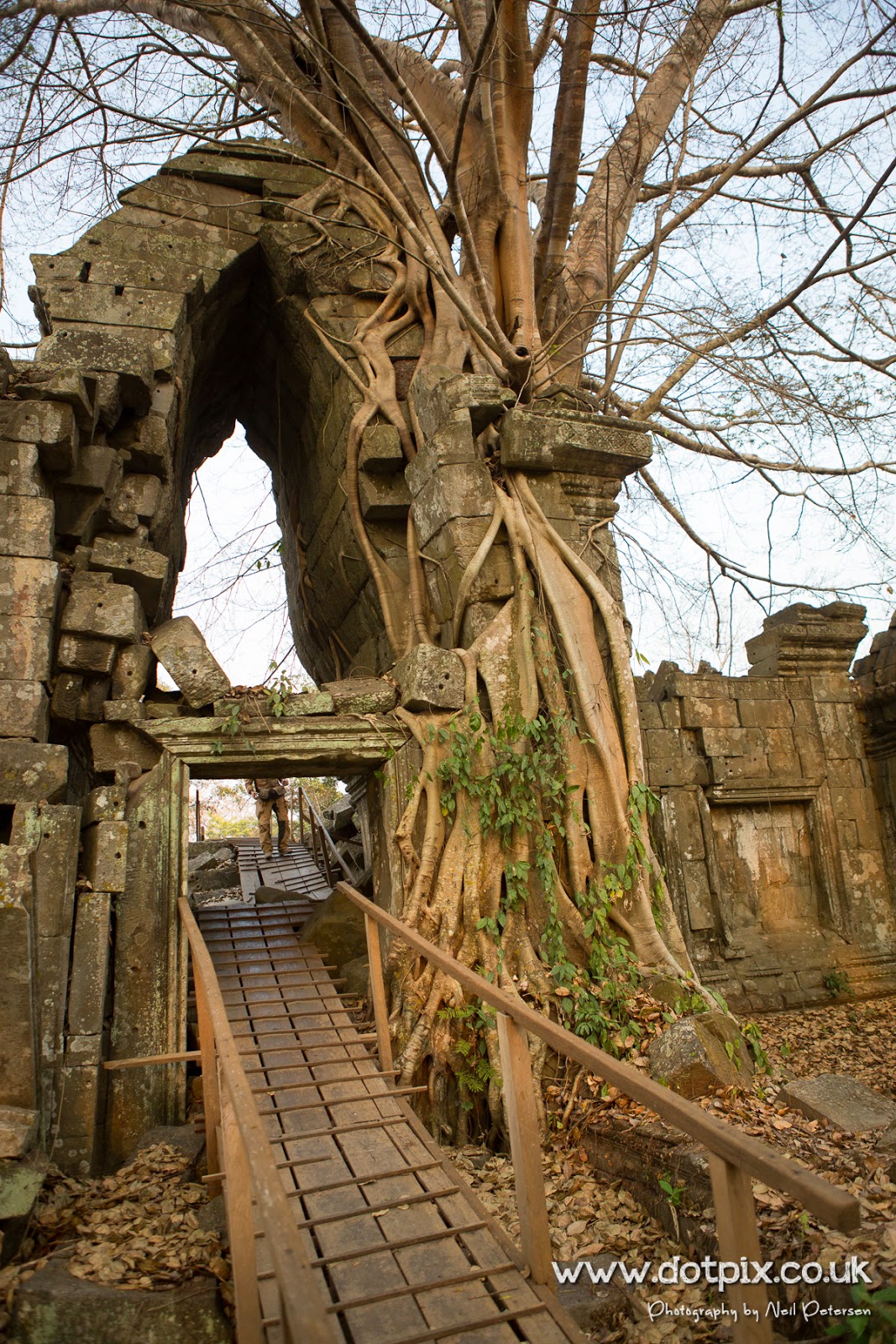 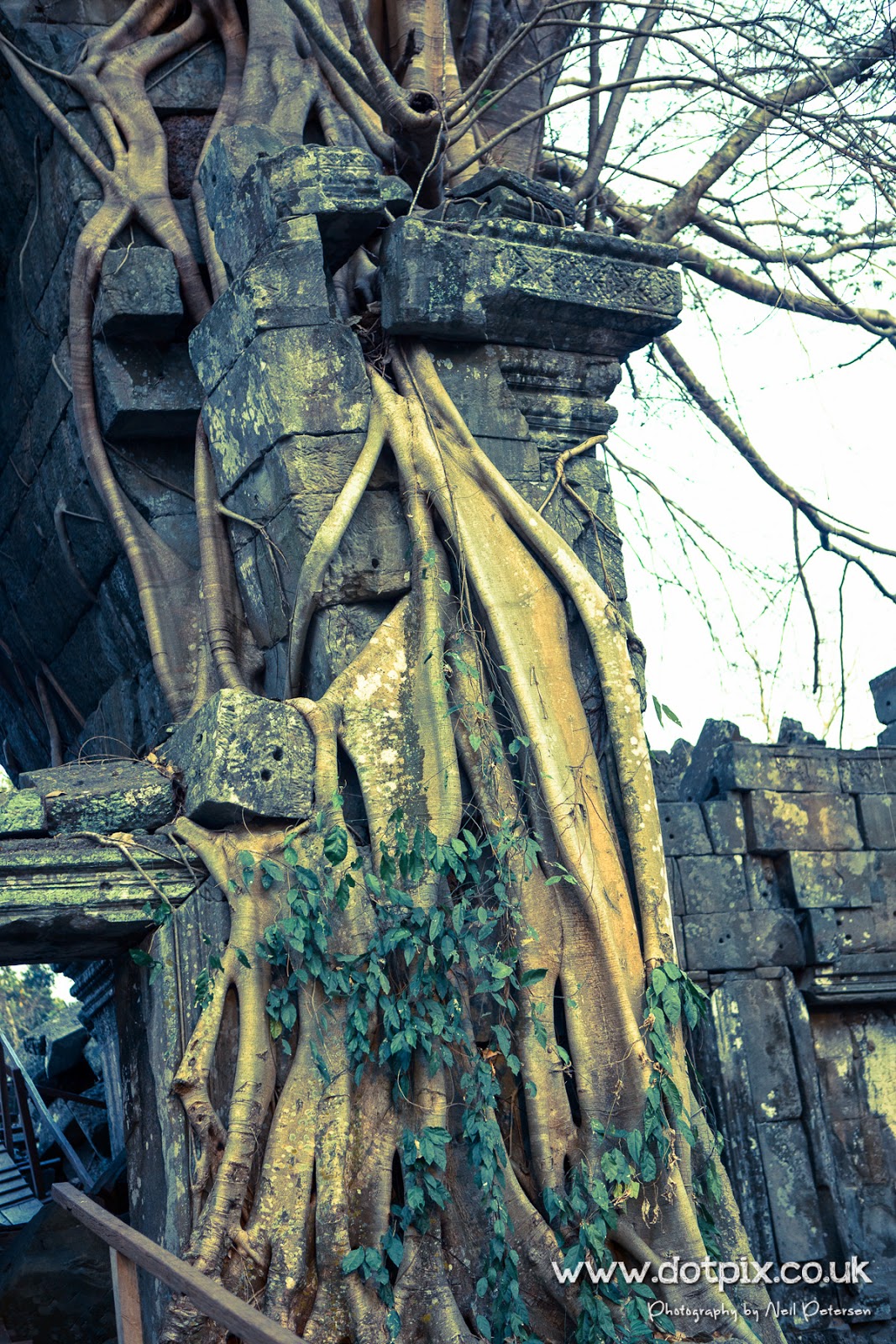 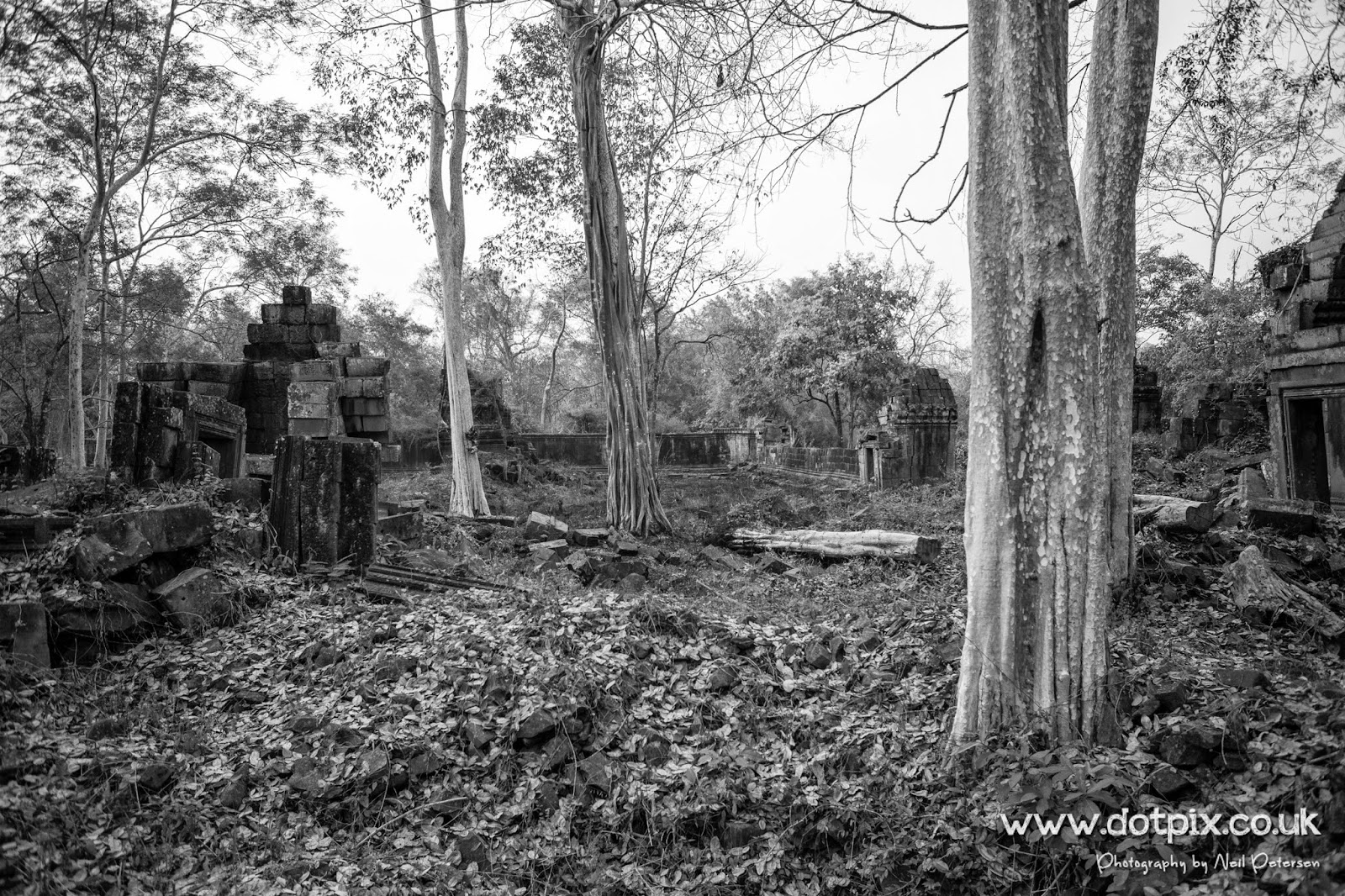 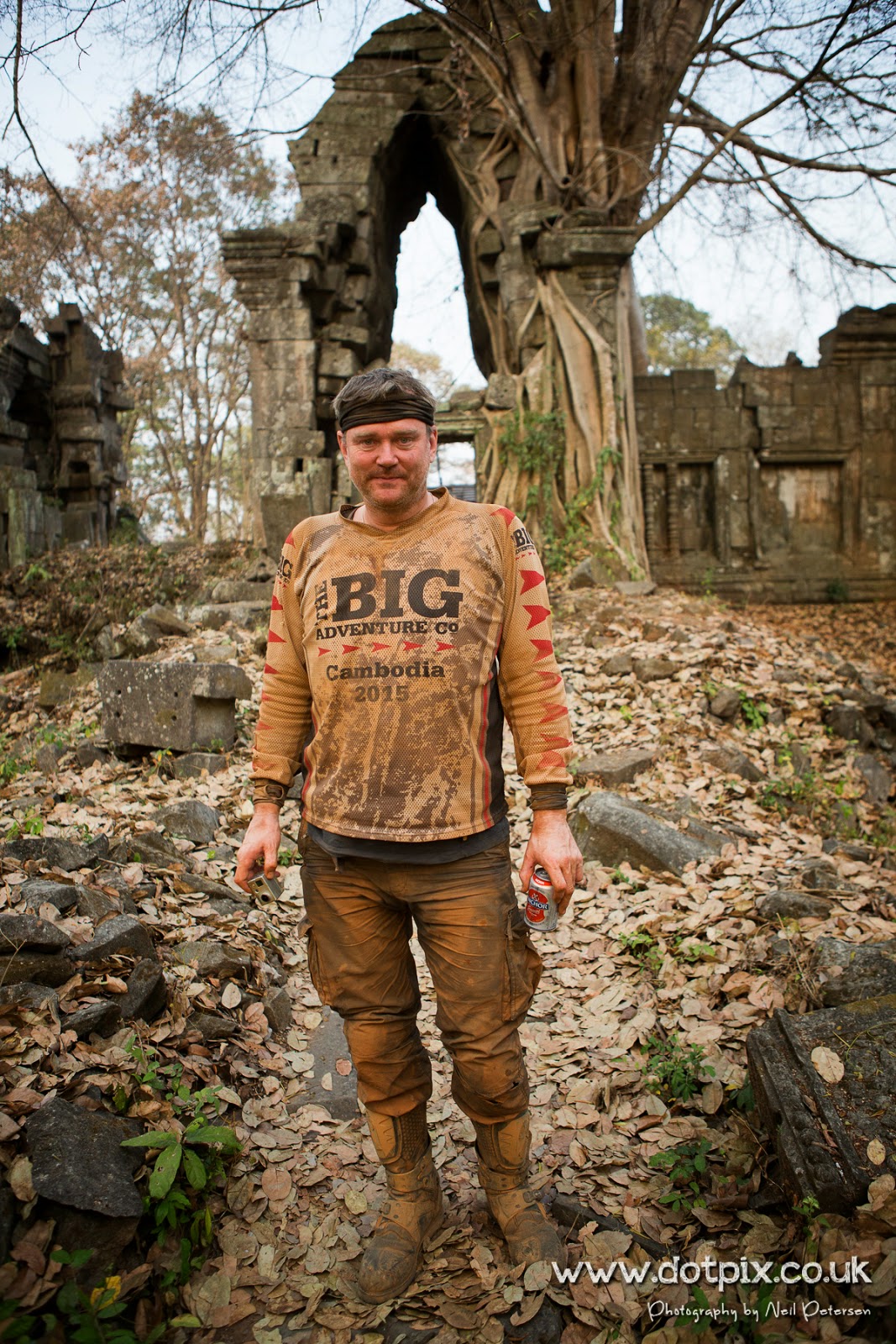 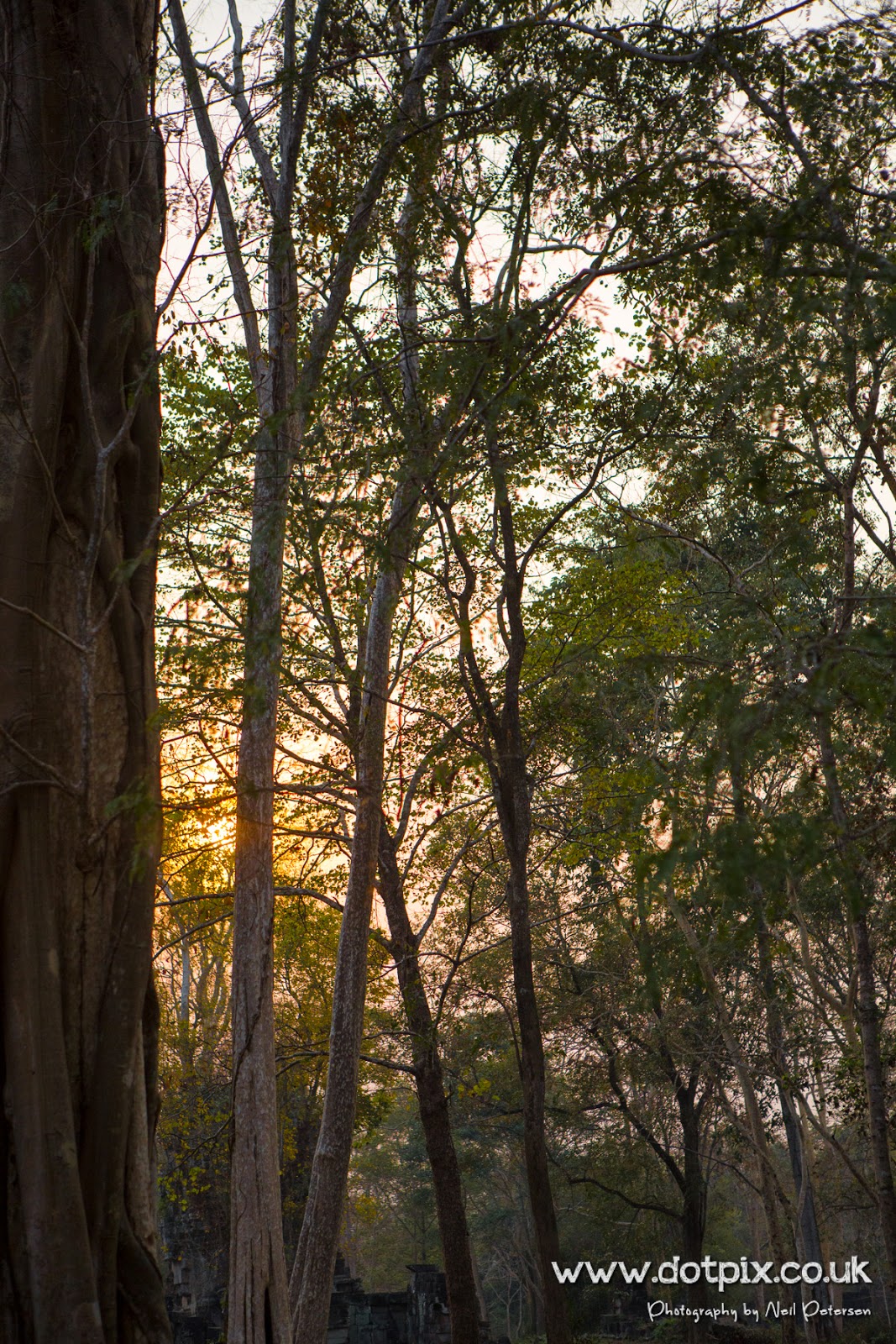 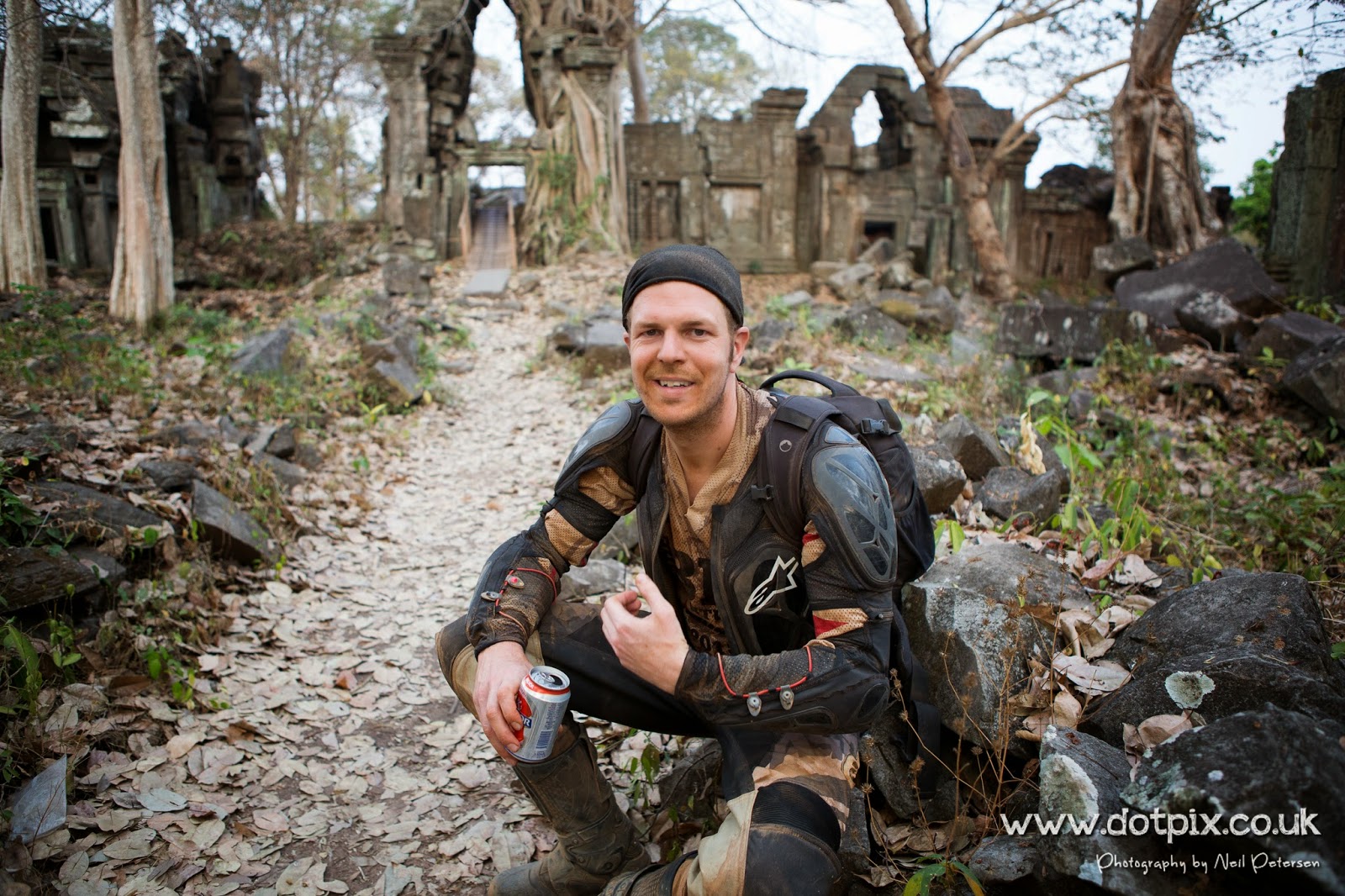 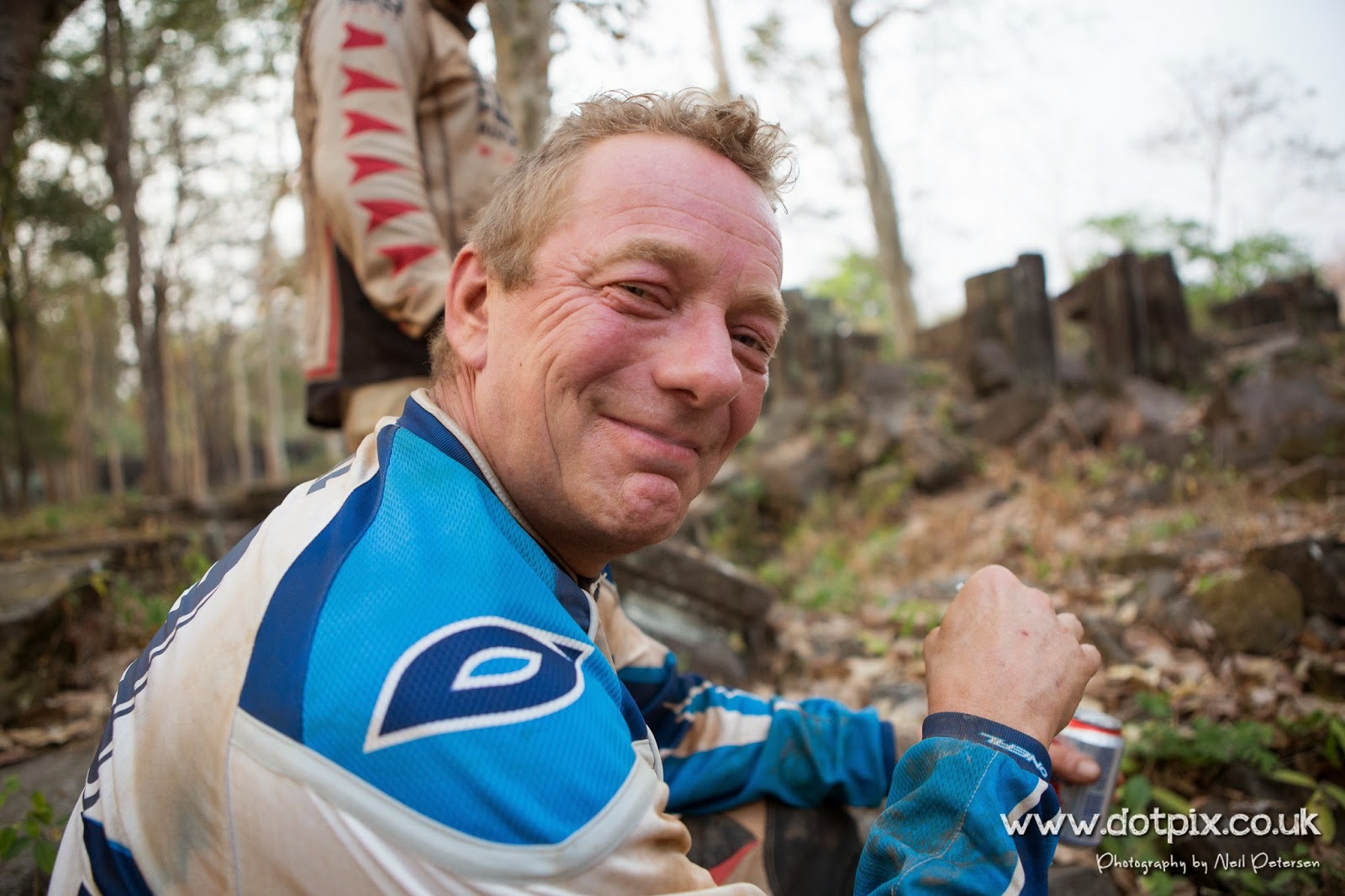 That night we had a home stay (sleeping in someones house) scheduled and would be staying in a village. When we got there asking where the shower was we were pointed in the directions of a large water container with scoops to simply poor over ourselves. I personally think this is one of the best showers I've had on the trip and was a great experience until Brendan decided to get back to nature and show the world what he was really made of.

The sleeping arrangement was 10 men in a room sleeping on bamboo slated beds with no mattresses. Lets just say it wasn't the most comfortable nights sleep.

Before going to bed I got out to take some pictures of the stars as there was no light pollution the view was amazing. 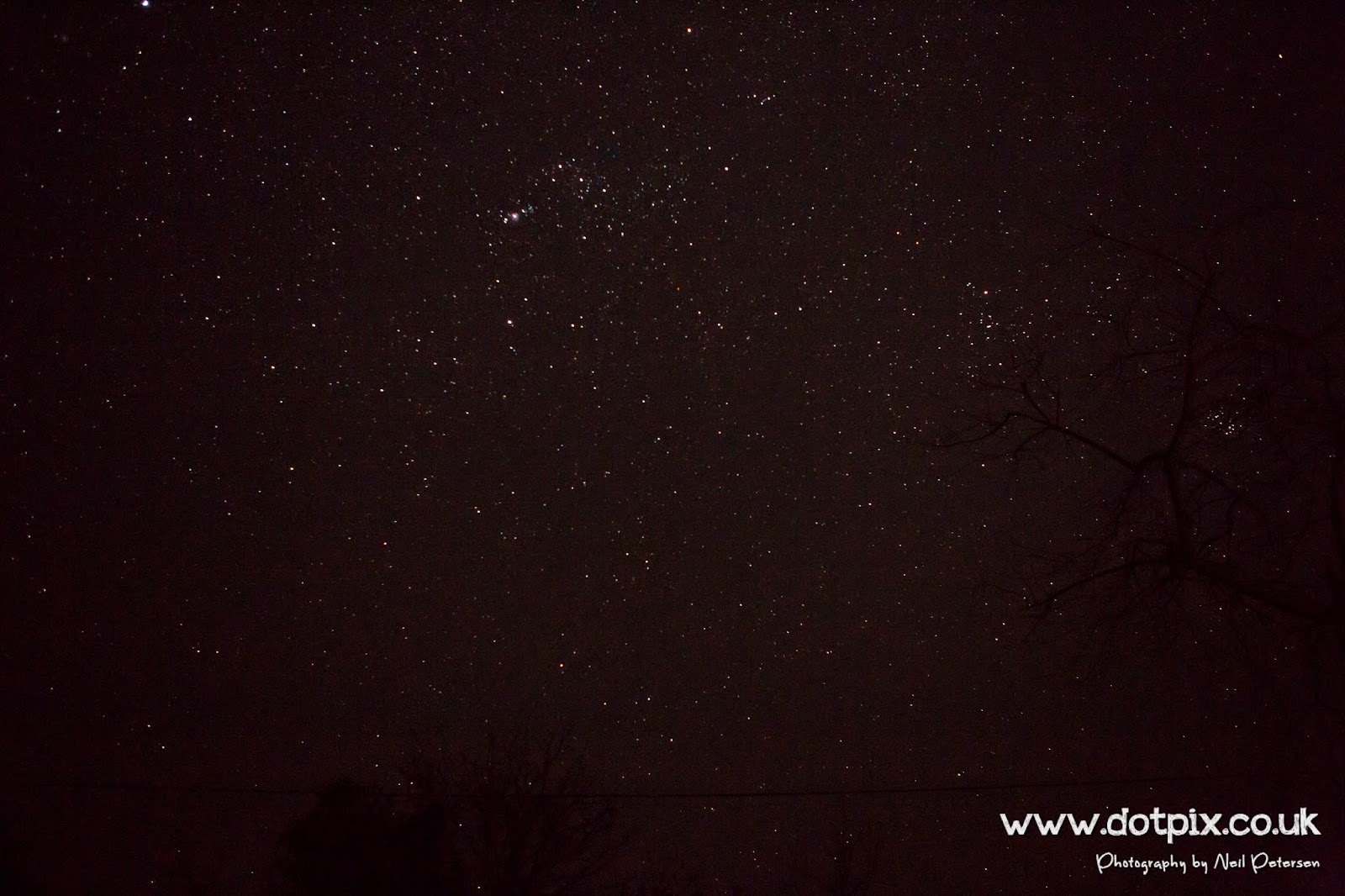 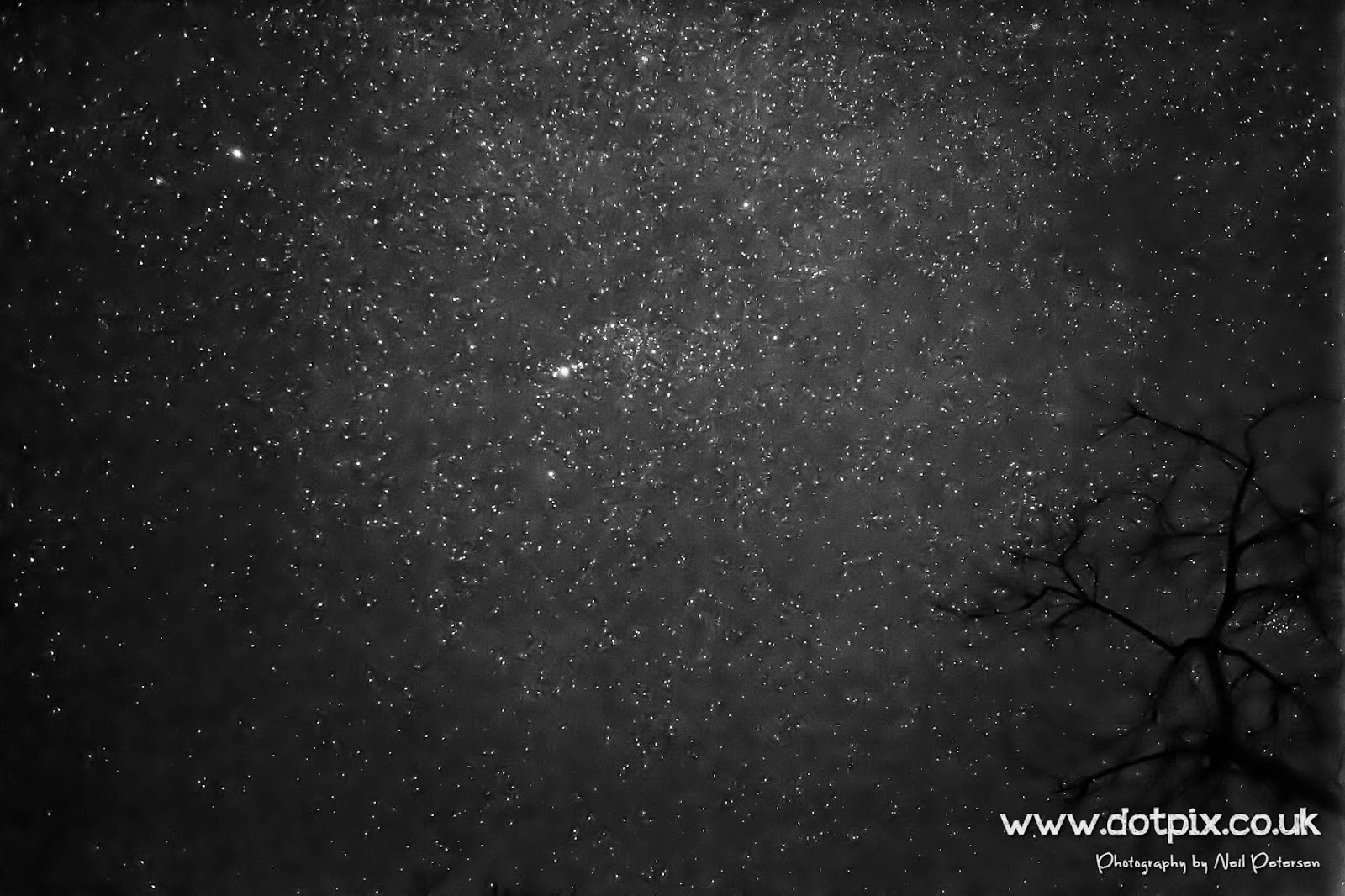 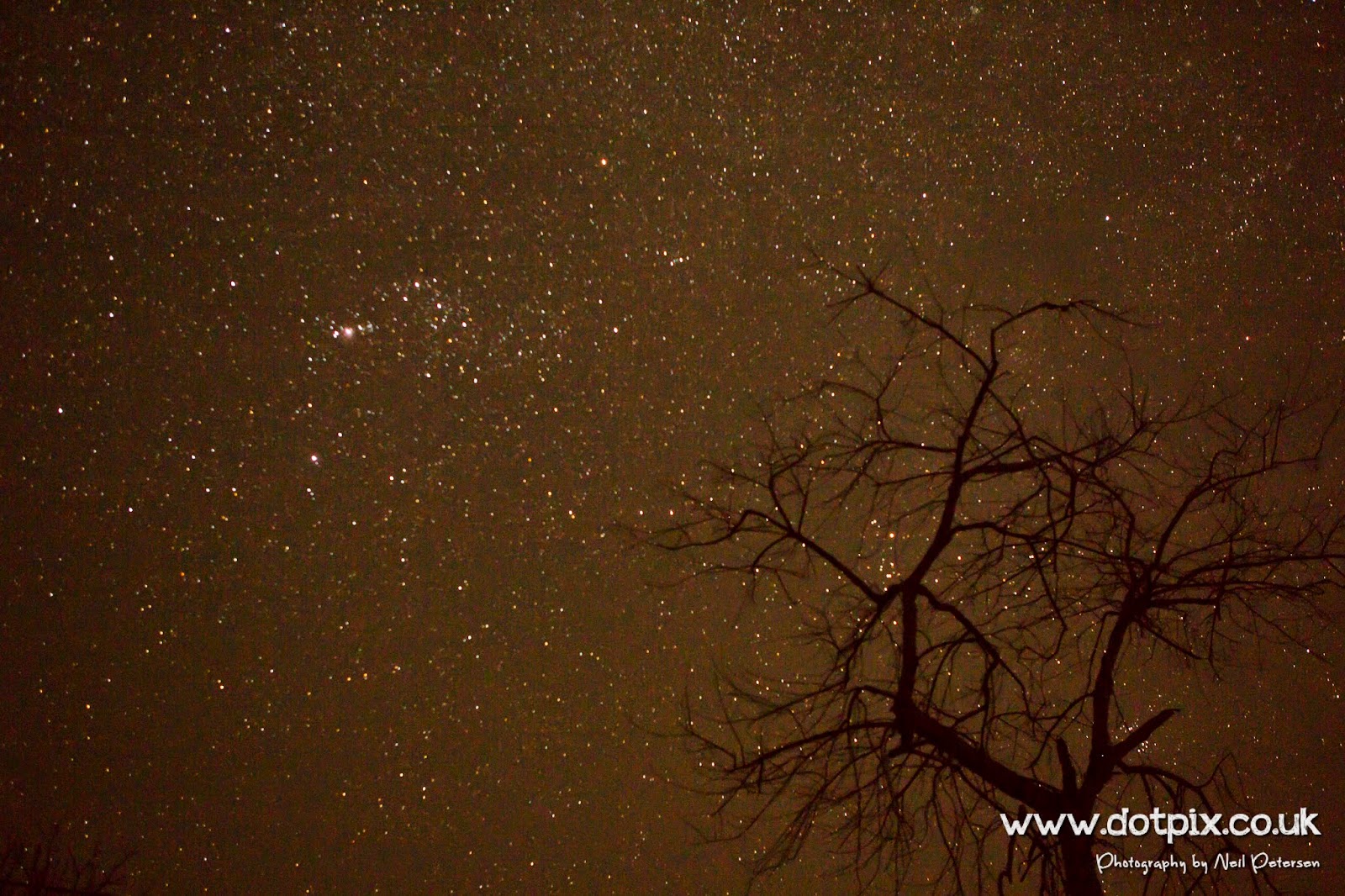 At 4:39am I tried to get into the support truck to get away for the 5 people that were simultaneously snoring but unfortunately it was locked so I had to get back to bed and suffer in silence (until the morning when I let everyone know about it). It turned out I wasn't the only one with most people reporting they had been up in the night wondering around.

We covered 160km that day in 8 and a half hours including stops. 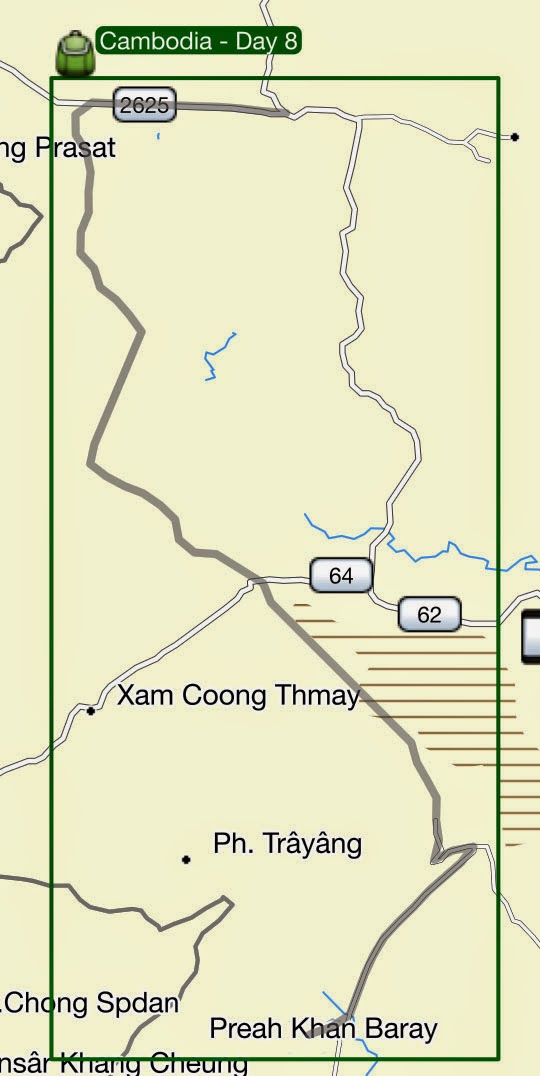